Nasworthy fondly remembered for his dedication 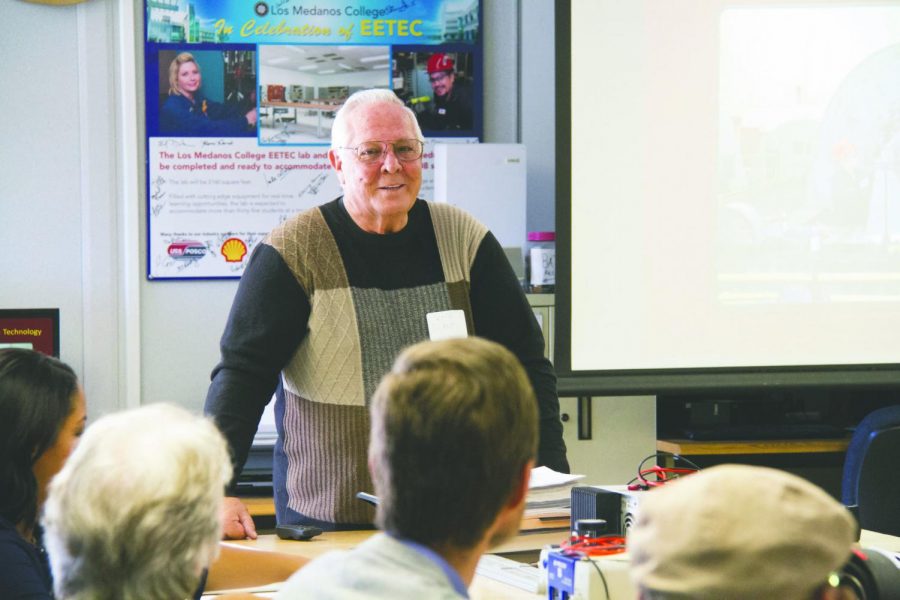 Nasworthy stands in front of classroom of students.

On Dec. 29, 2018, during winter recess, Los Medanos Colleges’ beloved Electrical & Instrumentation Technology instructor Cecil Nasworthy passed away after an arduous battle with cancer. His impact in the LMC community, Bay Area and our country will continue to outlive him. An army veteran, Georgia native and later a great grandfather, Nasworthy touched countless lives.

Nasworthy’s flagship ETEC program blossomed over the last decade on the LMC campus. Like other instructors at LMC, Nasworthy felt he was born to teach. According to a document created for his celebration of life, after leaving the Army with an impressive technical ability, Nasworthy took a job at the technical school he was attending before heading to Georgia Southern University for his bachelor’s degree. He later spent 19 years working for Heald College while also working part-time before eventually making his way to Los Medanos College.

“Cecil was the kind of person that makes a school an Aspen school,” said David Wahl, Program Manager for Workforce and Economic Development at Los Medanos College, referring to the prestigious list focusing on community colleges. “[Nasworthy] would not back away from an additional project if it was going to help the students, no matter how much you just laid on him.”

In 2018 Nasworthy received the honor of Teacher-of-the-Year by the Contra Costa County Office of Education. The award is no small feat, as the sampling includes educators from kindergarten to those at the college level. Only those with the utmost dedication to their work receive it, and to his students he deserved it more than anyone.

Natalie Hannum, Los Medanos’ Dean of Workforce and Economic Development worked closely with Nasworthy. Hannum, who went to Nasworthy’s Saturday service noticed many of his colleagues were in attendance to remember him. Especially noteworthy to Hannum was his everlasting dedication to his work.

Hannum said even when Nasworthy was diagnosed with cancer he continued to go to work and do the right thing for his students and for his colleagues.

“Our unit nominated him for the Teacher-of-the-Year award and the thing that has always stuck out in my mind is the employer engagement,” said David Wahl. “There’s so much stuff to do outside of lesson plans and grading papers and he really was a model when it came employer engagement.”

Nasworthy was as much a teacher as a liaison to the professional world Wahl continued.

“[He was] absolutely the face of the advanced manufacturing and ETEC,” said Wahl. “When the San Francisco Foundation wanted to fund a bridge program for underserved students to enter the field of electrical instrumentation they came right to Los Medanos College.”

Outside of his professional life, Nasworthy enjoyed some creative hobbies including photography with his wife, RVing and woodworking.

Wahl noted that while he and Nasworthy were not especially close on a personal level, he mentioned they shared the hobby of woodworking and would often show each other their ongoing projects of clockmaking and cabinetry.

“I remember Nasworthy saying it was truly an honor to work at LMC, one the biggest honors of his careers was working at LMC, only topped by the love of his family and, in particular, his wife. It was hard for us to go through that,” Kratochvil somberly continued. “Not seeing Cecil on campus when we returned a few weeks ago was difficult. He always had a smile on his face, he almost always had an LMC sweatshirt.”

Nasworthy was proud to work at LMC, and just prior to his service, the school gifted his wife, Ria, another sweatshirt as a final thank you for all he had done.

“He made a huge difference at lmc for many, many students and his legacy will stay with them for many years,” said Kratochvil. 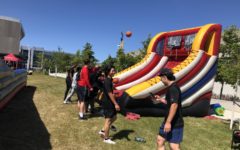 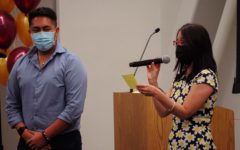 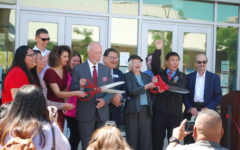 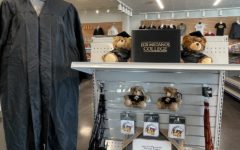 In-person graduation is back 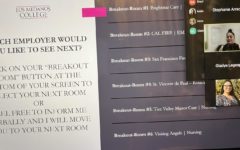 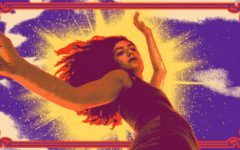 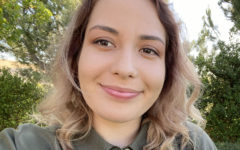 Femicide is a serious problem 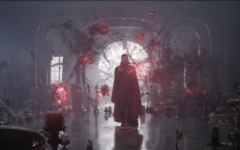 ‘Multiverse of Madness’ is a wild ride 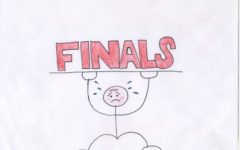 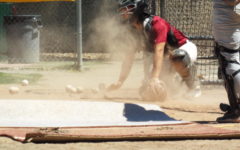