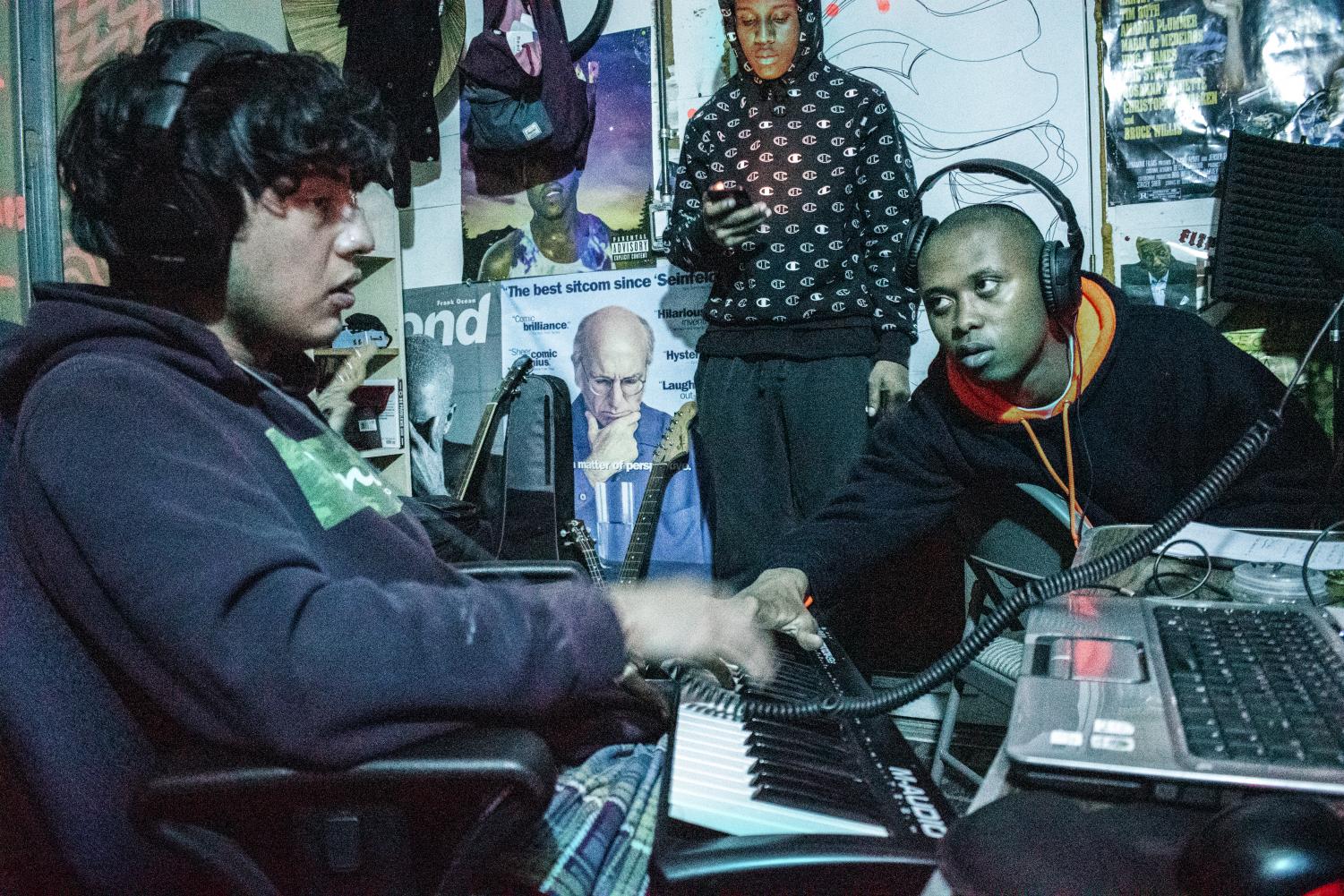 Above, AG Club crafts a song in their garage studio. Seated left is Loui, who uses a digital keyboard to mix together the instrumental. Seated right, reaching over, is Babyboy, who asks Loui how certain affects can be added to make his vocals more interesting. Behind them is Jody Fontaine, mulling over lyrics he wrote. (Spencer Batute) 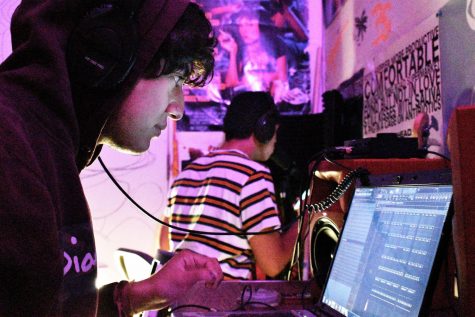 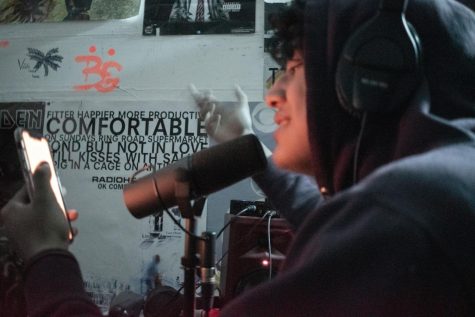 Spencer Batute
Although Loui’s primary contribution to AG’s music is through production, he also raps. 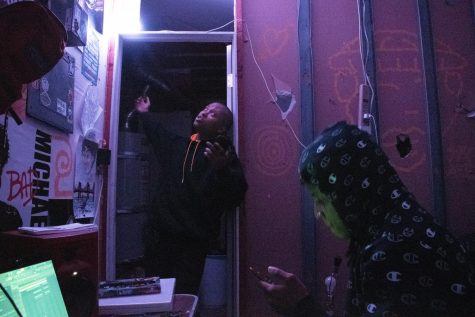 Spencer Batute
Babyboy practices his singing in the doorway of the garage studio while looking up at the only light source in the room, a Bluetooth-controlled LED, which exposes the handpainted, hole-ridden drywall on the right 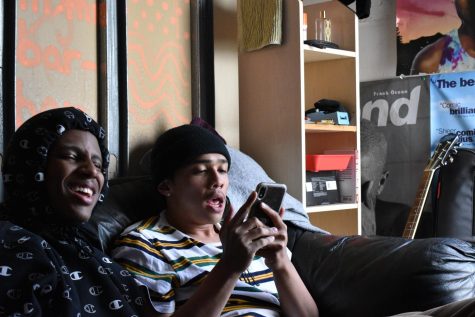 It could be a catch, but it could be somebody really believing in us.”