‘The Northman’: Brutality at its finest

Robert Eggers's new film is a mystic and revenge-filled journey. 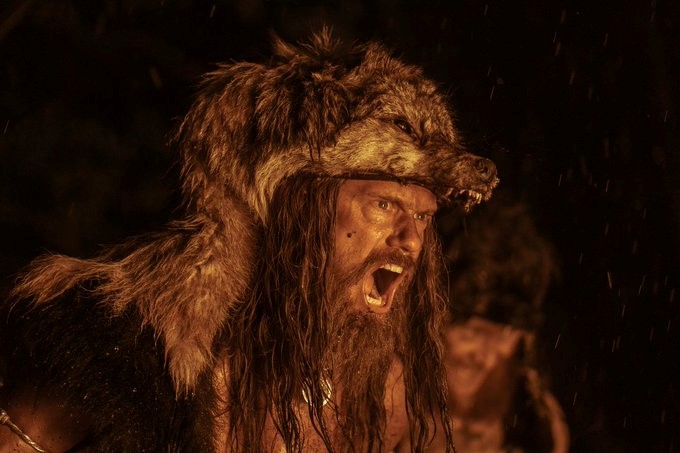 Robert Eggers’s “The Northman” is a brutal yet captivating tale of both fantasy and adventure, following Prince Amleth’s quest for honor and revenge throughout the Scandinavian landscape.

With a plot like something out a Shakespearean-drama, the story follows the betrayal of the Icelandic prince, Amleth (Alexander Skarsgård), and his road to avenge the death of his father, King Aurvandil (Ethan Hawke), by the hands of his Uncle Fjölnir (Claes Bang) and reclaim what was once taken from him. In doing so, Amleth must face the forces of both man and nature as he unleashes his inner beast with the wrath of Valhalla at his side, all in an attempt to fulfill his destiny.

The quality and scale of the film’s production does not go unnoticed, as you become fully immersed within the world of the story. Whether it be on land or sea, you are joining Amleth as he experiences his trials and tribulations and the pressing dangers that surround him, through the work of Egger’s masterful direction and cinematography which contribute to the film’s immersive viewing experience.

In addition, the performances of Skarsgård, and Anya Taylor-Joy as his co-star and love interest, Olga, are the film’s standouts, as their connection will have you rooting for them at all times as they wreak havoc on the lands of the treacherous king. While the performances of Skarsgård and Taylor-Joy are the best of the film, the entirety of the cast shows their dedication toward the work of Eggers and the world that he presents through their overall synergy and acting prowess.

Skarsgård releases the “beast within” in many of the film’s more brutal and gory action scenes, depicting a more accurate representation of what a medieval duel or pillage may have been like at a time filled with Vikings, witchcraft and mysticism. Despite this however, those looking for an action-packed experience rather than a story-driven one may find themselves disappointed as the film’s fight scenes are few and far between. When they are shown though, it will leave you with a lasting impact and wanting even more throughout the remainder of the film.

This film has only gained the attention of a few throughout the world, with its mere $50 million box office revenue since its release, but it may just end up being the best film that this year has to offer. If you are experiencing any skepticism or doubt towards viewing the film, I highly encourage you to go against such presumptions and view the hard work of all those involved with its production and success while you still can.