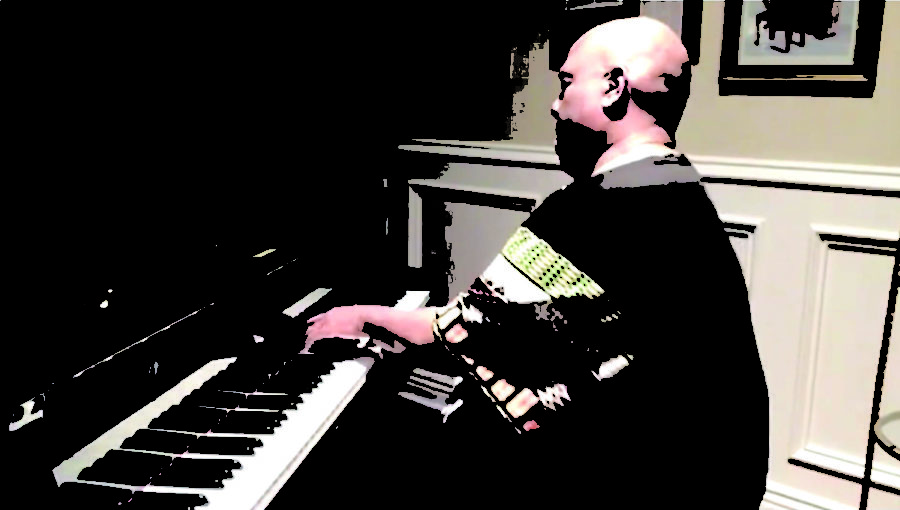 Avid gospel listeners and members of Professor Silvester Henderson’s class gathered online as they listened to and watched the virtual 27th Annual Gospel Celebration Concert on Saturday, May 7 at 7 p.m.

This was the second year the annual concert was held on Zoom as a result of the pandemic. Admission was free to the public as they needed just a password provided on the LMC Music Event website to get in.

Students and special guests recorded their performances in the comfort of their own homes and those videos were then compiled and presented in a slide show format.

The event opened with an introduction by Henderson of what the concert would consist of. Henderson is director of vocal and choral studies and coordinator of LMC’s piano studies area, who also directed this Gospel Celebration.

The concert also featured a performance from special guest artist James Monroe Iglehart, who is a Tony award-winning actor and Broadway star notable for his leading role as the genie in “Aladdin.”

The concert theme, “Gospel & Grime Music: Creative Unifiers that Support Students of Color” brought together the genre of gospel with grime music, an electronic style of rap that emerged in London in the early 2000s.

To aid in the discussion of grime and gospel music’s connection, Dr. Monique Charles, a grime music researcher, cultural sociologist, theorist and methodologist from the University of West London gave a talk as a motivational speaker.

In her discussion of grime music, Charles explained how gospel music and gospel in grime music can support young people.

“Engaging in this space can be a real source of unification and empowerment for those people who are actually downtrodden,” said Charles.

Apart from the performances and words from motivational speakers, the concert also encouraged people to sign up for Music 66, LMC’s Gospel Choir class.

Diane Lemay, who is with the LMC Gospel Choir, credits her involvement in the choir for her improvement.

“I used to be nervous and now I’ll get up and sing in front of anyone right now,” said Lemay in the concert video.

The process of setting up an event like this took a lot of hard work.

Henderson explained the extensive planning process, consisting of things such as finding special guests to perform, creating rehearsal videos and getting funding.

The entire project and concert was put together by Henderson, who said that it took about a year for it to be fully finished.

Henderson thinks the concert was a success and said “I am 100% satisfied” with how it turned out.

Attendees in the audience clapped and cheered on camera after each song, showing appreciation for the performers displaying their singing abilities.

The event reached a total of 108 live viewers at its peak and Henderson expects it to be viewed by more than 1,000 people in the following days.

In case you were not able to catch the concert and wanted to check it out, it is posted on Henderson’s YouTube channel, “Professor Man.”