‘Sonic the Hedgehog 2’ provides fun for all ages

The follow-up film doubles down on thrills. 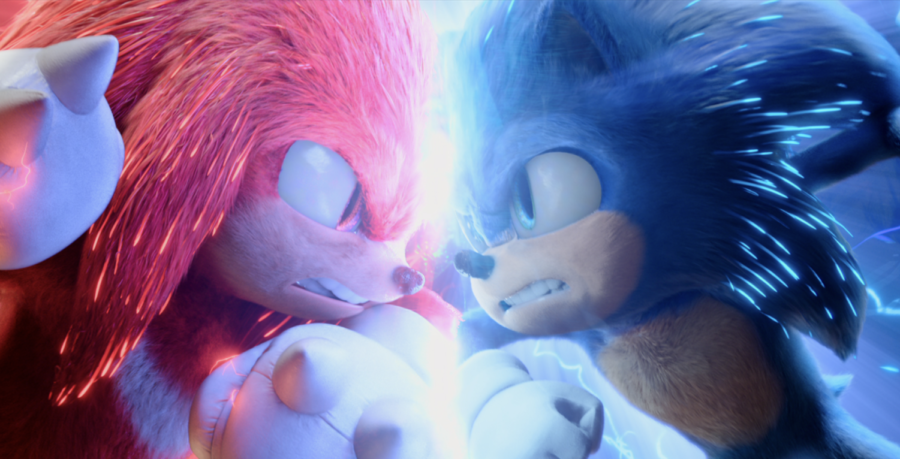 As SEGA’s beloved character returns to the big screen for his newest film adaptation, new levels of fun, humor and entertainment are brought along with him.

The second installment within the “Sonic the Hedgehog” film series greatly improves upon its predecessor, possessing a greater overall identity than the installment before while knowing exactly what it wants to be and who it wants to please.

New additions to the franchise such as Tails and Knuckles greatly benefit the movie experience as they bring forth a warm feeling to the film in their first live-action debut. Whether it be a tech-savvy and compassionate Tails or a brash and warrior-like Knuckles, both characters waste no time in establishing their presence within the series and capturing the attention and hearts of their audience.

In addition, the voice acting portrayals of Sonic (Ben Schwartz), Tails (Colleen O’Shaughnessey) and Knuckles (Idris Elba) are nothing short of charismatic and entertaining, amplifying all three performances when in the presence of one another. This does justice to both the source material of the characters and the long-awaited anticipation for the film’s release from fans all over the world since its prior installment two years ago.

While the voice actors execute their characters to perfection, Jim Carrey’s performance shines through once again as he reprises his role as Dr. Robotnik in typical Jim Carrey fashion. Through contorted facial expressions, animated gestures and wacky characterization, Carrey succeeds at providing a joyful and heartfelt time at the movies with your family that can be enjoyed by adults and children of the like in what may be his final on-screen performance ever.

Fans of the franchise will be happy to see many of the easter eggs and references to the video game series in the film, whether they be significant or otherwise, paying tribute to childhood memories of playing video games with their friends at home after a long day of school. Through such references, the film expands upon the Sonic lore and takes the series to new depths within the mythos, while also paving way for the potential for the series to expand even further in the future, with more new characters and storylines that’ll be sure to put a smile on the faces of fans.

Despite its child-orientated audience, Sonic the Hedgehog 2 has enough enjoyment to be experienced by everyone that sees it, leaving the average viewer or the die-hard Sonic fan wanting more of SEGA’s favorite blue hedgehog and all of his friends as they race their way into our hearts at supersonic speed.