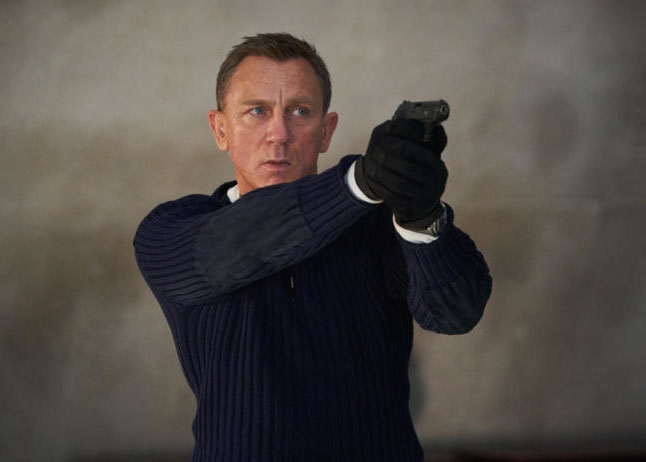 James Bond’s return to the silver screen is as exciting as ever, with recurring characters, fast-paced stunts and action-packed scenes — all to fulfill the epic conclusion of Daniel Craig’s 15-year-run as 007.

“No Time to Die” features the return of many fan-favorite characters from the series, including M (Ralph Fiennes), Q (Ben Whishaw), Moneypenny (Naomie Harris) and even Blofeld (Christoph Waltz), the villain of the series’ prior installment “Spectre.” Each addition contributes to the film’s nostalgia, fun and overall satisfaction.

Madeleine Swann (Lèa Seydoux) returns as the “Bond Girl,” making her mark not only on the action within the film itself but on the role of “James Bond,” and adding a new layer of humanity, connection and love to the character that we had not yet seen throughout the entirety of the 007 franchise.

The fifth and final installment to the series picks up right where the previous film leaves off, before engaging in a significant time jump. Unlike the previous installment, however, there is no obligation as an audience member to view all the previous films throughout the series, aside from its precursor, for purposes other than fan service, so don’t worry if you are not an expert on all things 007.

Craig’s performance is smile-provoking from the minute he walks across the frame, gun in hand before finally shooting toward the screen. Also unlike previous installments, the film allows you to connect with Bond on a more personal level than ever before, touching upon the basic struggles, tribulations and aspirations that we as people face at some point throughout our lives.

When it’s not making you relate to Bond, the film succeeds at making you wish you were him, with its intense and attention-grabbing action scenes. The movie does not miss a step when providing its audience with flashy and over-the-top moments of motorcycle chases, gunfights and hard-hitting hand-to-hand combat.

Somewhere along the way, however, the action can feel a little too over the top. With pauses in between fight scenes, typically filled with comedic moments and conversation between characters, the action can sometimes fail to present the true sense of danger and mortality the film’s protagonists encounter.

Furthermore, the tone and scale of the plot differ from the other installments, resembling something closer to that of a Mission Impossible movie rather than a production that takes place in Craig’s Bond universe. Even with the talent of Rami Malek helming the role of the film’s antagonist, Lyutsifer Safin, intrigue and originality of the character fail to be established, casting him in the shadow of the series’ fan-favorite antagonistic predecessors, such as “Skyfall’s” Silva or “Casino Royale’s” Le Chiffre.

But “No Time to Die” provides a meaningful end to a character we have seen develop and have come to love for the past 15 years, and the film ultimately succeeds at serving as a final farewell to Daniel Craig in his last adaption as our James Bond.