“On My Block” season four should be skipped

The show has become a big disappointment. 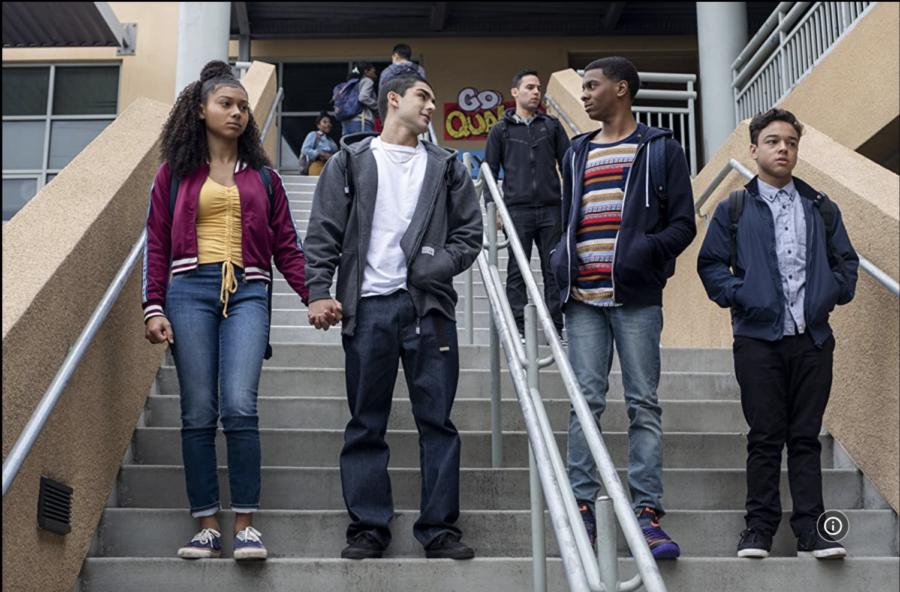 Season four of “On My Block” is a colossal disappointment, both for long-time viewers expecting a proper resolution to long-established storylines and for new-watchers.

To recap, “On My Block” is a Netflix show created by Eddie Gonzalez, Jeremy Haft and Lauren Iungerich. The show follows the misadventures of four friends — Monsé Finnie (Sierra Capri), Ruben Martinez Jr. (Jason Genao), Jamal Turner (Brett Gray) and Cesare Diaz (Diego Tinoco). The series follows their transition from adolescence to adulthood as they go through high school in Freeridge while dealing with some of the major problems in their neighborhood — gang violence, poverty and racism.

Up until season four, the series was magnificent. Characters had plotlines and relationships that were complex and easy to get invested in. It could be zany, absurd and hilarious at times, while also delving into the harsh nature of their neighborhood’s environment in a realistic way.

If you’re an avid fan or new viewer of the series, I would recommend you stop at season three and make your own headcanon on what happened afterward. Otherwise, you are probably going to find the experience unfulfilling.

Season four begins with the group estranged after developing different responsibilities and social statuses as they finally enter their senior year — and the changes are significant:

Caesare, a good-natured, kind boy becomes a brutal gang leader.
Jamal, a conspiratorial geek, becomes a well-beloved jock.
After nearly being killed in the last season, Ruben tries to regain a sense of independence running for class president.
Moñse transferred to an expensive private school.

The group is forced to get back together when police find the corpse of a criminal underboss, whose death they had a hand in.

The initial conflict of the season and the friends’ transformations seems compelling and had the opportunity to produce the best season yet. But, unfortunately, the show failed to even be an adequate one.

That underboss who was killed? She’s forgotten about halfway through the season as other storylines take precedence. Most storylines are either forgotten or get such a weak ending that you’re disappointed at their conclusion. Any sort of development from the main characters is temporary at best and by the end of the series, you feel the main cast has regressed to where they were at the start of the show.

For the most part, cast members are charming and show their talent — with the exception of Gray’s performance. He seems to have taken inspiration from actors like Kevin Hart in thinking always being loud and shrill is funny to see.

Season four is a waste of time. Skip it.