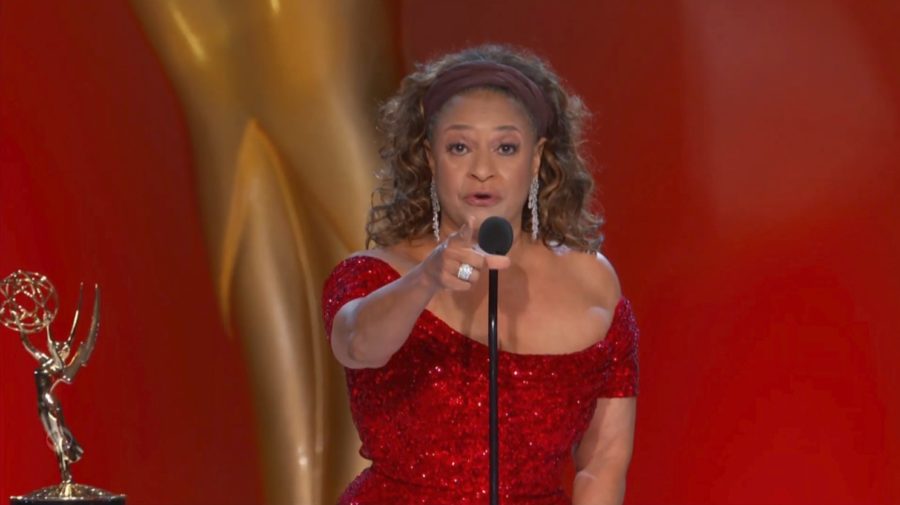 It was a historic night for women in entertainment Sunday Sept. 19 as millions of viewers tuned in to watch the 73rd Annual Primetime Emmy Television Award Show. The event was hosted by Cedric the Entertainer, and celebration was in the air as performers and nominees were excited to finally be honoring the artistry of television in person once again.

While a few notable TV shows rose above the rest — “The Crown” and “Ted Lasso” — the focus on women was significant, starting with the Governors Award.

That honor is awarded to those who have made such a great contribution to television production or management that it goes beyond the scope of the Emmys. The award was presented to Debbie Allen this year for her impact as an actor, writer, producer, director, and dance choreographer throughout her 50-year career.

Allen, the first black woman to receive this award, highlighted in her acceptance remarks the difficulties she has faced, and offered an empowering challenge to future generations.

“It’s taken a lot of courage to be the only woman in the room,” she said. “For young people, who have no vote, who can’t even get a vaccine — they’re inheriting the world that we live in and will leave them. It’s time for you to claim your power. Claim your voice, sing your song, tell your stories. It will make us a better place. Your turn.”

Throughout the show there was consistent mention of the increasing visibility of women in television — not just on the screen but behind the scenes as writers and directors. This year women were nominated for a total of 33% and 27.5% of writing awards.

In her acceptance speech for Outstanding Writing in a Comedy Series for her work on “Hacks,” Lucia Aniello explained the motivation behind the show.

“We wanted to also make a show that honors anybody who struggled to tell their stories, especially women who never got to tell their story at all because the world wasn’t listening. These women, this is for them.”

Both women and men alike were honored in the long list of Emmy awards presented during the two-hour show, and “The Crown” and “Ted Lasso” were richly rewarded.

And Jean Smart of “Hacks” received a warm standing ovation when she accepted her Outstanding Lead Actress in a Comedy award for her role as Deborah Vance.

“The Queen’s Gambit” originally aired in late October 2020 during the peak of the pandemic. It instantly became popular on social media platforms and spread through word of mouth. When accepting the award for Outstanding Limited Series or Anthology, William Horberg, Executive Producer of “The Queen’s Gambit,” gave a nod to that impact on its popular success.

For a complete list of Emmy Award winners, see www.emmys.com/awards/nominees-winners.