The end of Daft Punk 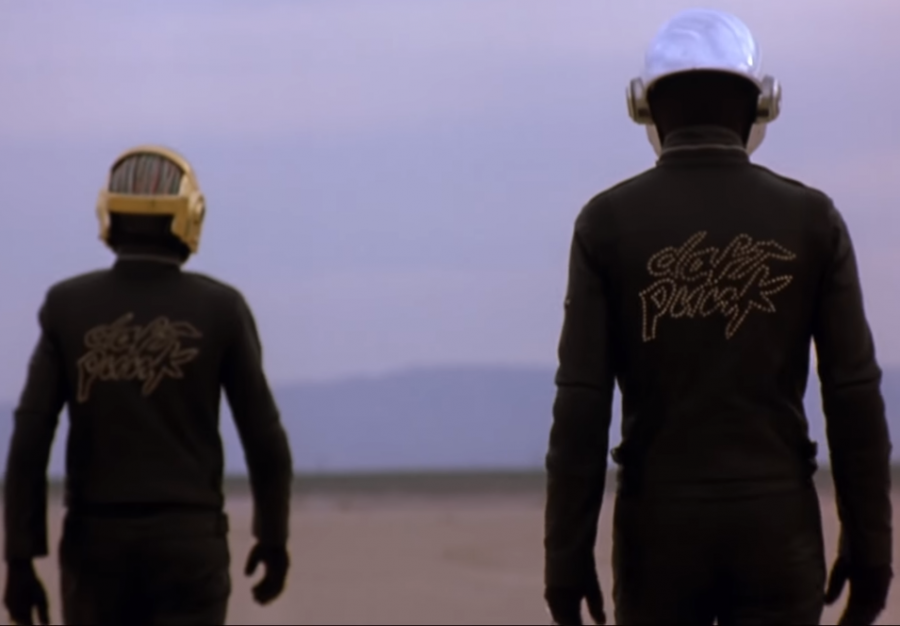 After 28 years of a successful music partnership, French-Electronica-duo Daft Punk has broken up.

The duo released a video Feb. 22 making it clear the band was done, and in their mysterious style they left no explanation for the breakup.

The video, which announces the artists break, begins ominously with simply just the date, making it clear to the audience something dramatic is about to take place.

Based on an excerpt from Daft Punk’s 2006 film “Electroma,” the video announcement has both artists in a desert, where both artists, dressed in their iconic robot helmets and matching black jackets are walking together.

Group member Thomas Bangalter takes off his jacket with the name of the band stitched on the back. He throws it on the ground before other member Guy-Manuel de Homem-Christo pushes a button on Bangalter’s back.

Bangalter walks off before exploding into shards of black scrap. The song “Touch,” begins to play shortly after. Finally, the years 1993-2021 are displayed proudly on screen and the film ends with a sunrise, signifying not the end of something great, but a new beginning.

Daft Punk was created in 1993 by the two French artists in Paris, France. Four years after their debut they became famous for songs like “Da Funk,” “Around the World” and “Harder, Better, Faster, Stronger” which shared a new electronic style and helped pave the way for their future careers.

“Harder, Better, Faster, Stronger” won a Grammy the year of its release. In 2007 Rapper Kanye West sampled the song for his own “Stronger” from his third album “Graduation.”

A younger generation could recognize them from Disney’s “Tron: Legacy.” This was the band’s only soundtrack for a film, and it complements the neon, utopian theme. The duo was able to make a cameo and can be seen as DJs in one of the fight scenes.

The album was much more than the band’s fun dance beats; it was a true work of art. In 2014 Daft Punk achieved four Grammy wins including album of the year and record of the year.

The end of Daft Punk does not signify the end of Homem-Christo and Bangalter’s careers. It gives fans hope of new projects from the now independent musicians and an appreciation for the art they have already created.