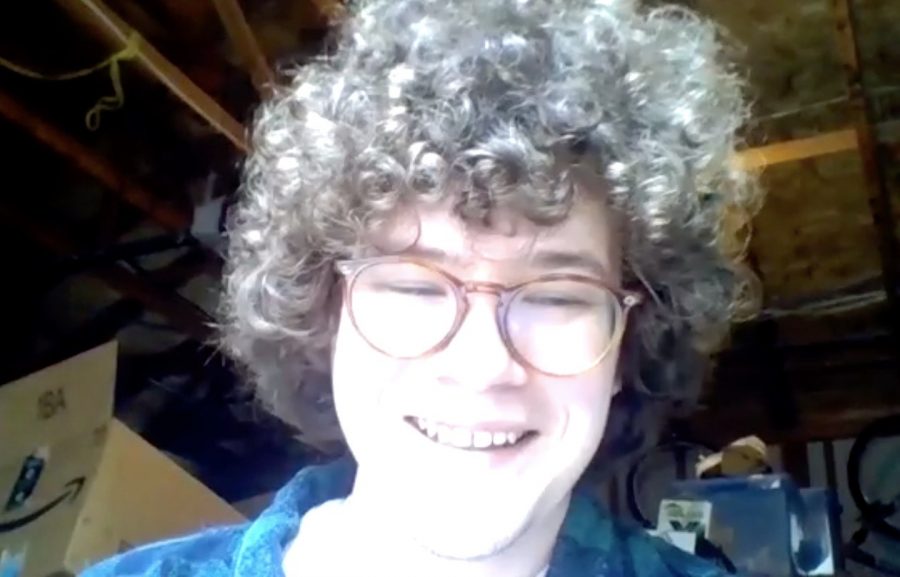 Austin Trenholm on a Zoom call.

Students of Los Medanos College haven’t been on campus for 21 days now as the novel Coronavirus continues to spread. This has impacted face-to-face classes, club meetings, and campus events, which have been either moved online or canceled.

The Drama Department has had to cancel all upcoming spring productions due to the campus closure. Theater major Austin Trenholm is disappointed that the end-of-semester New Play Festival had to be canceled.

“The only thing that kind of sucked about this whole situation is, I’m involved with theater and I was going to submit a couple plays for The New Play Festival that’s every spring at LMC,” he said.

Trenholm has had two original plays featured in past festivals: “Works Every Time” and “Brentwood’s Finest.” But with nothing to look forward to this spring, he finds himself struggling to write any solid material.

“I’m really good at procrastinating. If I don’t have an actual deadline or something, it’s hard for me to actually do stuff,” said Trenholm. “There’s nothing really to submit it to or there’s no real motivation for me now to finish one.”

Trenholm typically focuses on writing comedy scripts when he feels inspired. He has also played many roles in LMC theater productions.

Trenholm explained he has an outgoing personality and he thrives on socializing with others through his comedy and passion for theater, but that’s been put on hold throughout this pandemic’s shelter at home order.

“I don’t thrive in quiet kind of junctures, I’m a very social person,” said Trenholm “It’s [The New Play Festival] a nice little thing and that’s something I’ve always looked forward to in the spring and it sucks that it couldn’t come out this year.”