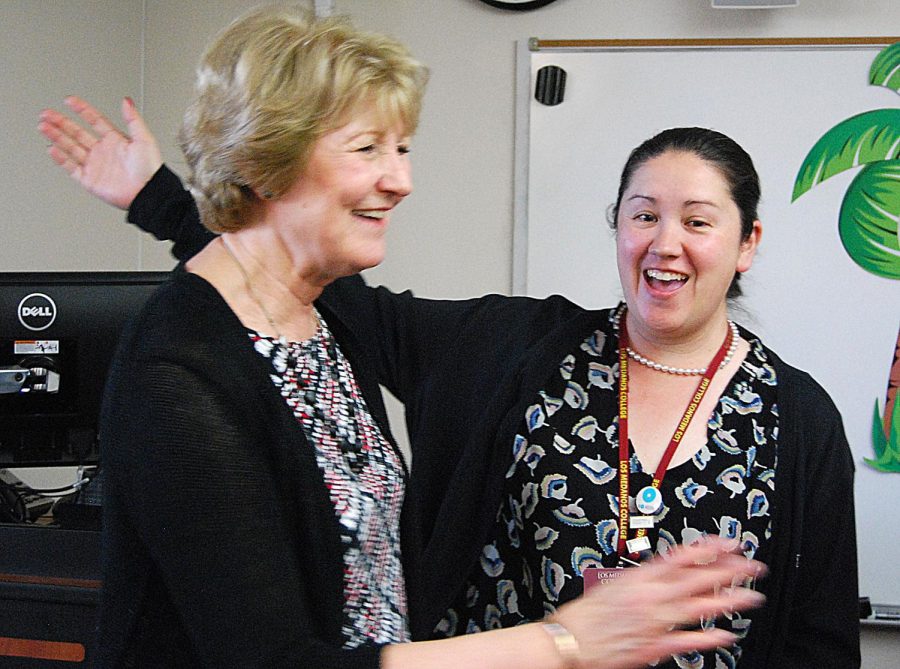 The festivities began at 3 p.m. and lasted until 4:30 p.m., during which, associates all met on the fourth floor of the Student Services Building in Room 412 to congratulate Newman for her dedication to LMC. From 1989 to 2007 she held the position of Director of Admissions and Records. Newman would become the Senior Dean of Student Services before being appointed the Interim Vice President of Student Services in January of this year.

Newman, a product of the community college system herself, recognizes how it enables students who aren’t quite ready to transfer to a four-year to continue their academic pursuits. LMC President Bob Kratochvil briefly described what it was like to work with such a proactive member of the college stating.

“As a senior leader in the student services area, she has always been student-focused,” said Kratochvil. “She has been a joy for the college and she has a great focus on student success.”

The atmosphere was casual as colleagues expressed a heartfelt farewell after rehashing past experiences. Newman felt that an official speech was not appropriate for the gathering, and for good reason, because she chose to speak individually with everyone who was present. Newman briefly touched on what she was going to miss the most after her retirement.

“I’ll definitely miss my wonderful colleagues and our students, the drive, talent, dedication and passion they bring with them every day,” said Newman “And I’ll miss LMC, as a whole…I love our campus and the Brentwood Center and how our facilities have evolved over the years.”

Most of the familiar faces attending were comprised of both friends and acquaintances here on campus.

Due to the length of the party, some attended briefly before going back to work while others stayed the full duration. Former LMC Vice President Dan Henry had this to say about Newman summing up her dedication to the college.

“Los Medanos College has been very fortunate to have Gail Newman’s leadership in student services for many years,” said Henry “Gail has been very supportive of her colleagues, encouraging their growth and achievements and not focusing on her own career advancement as a priority.  It has always been a joy to work with her since she brought a positive attitude, a strong intellect and consistent integrity to her work.”