Be very afraid of ‘Us’

Jordan Peele does it again 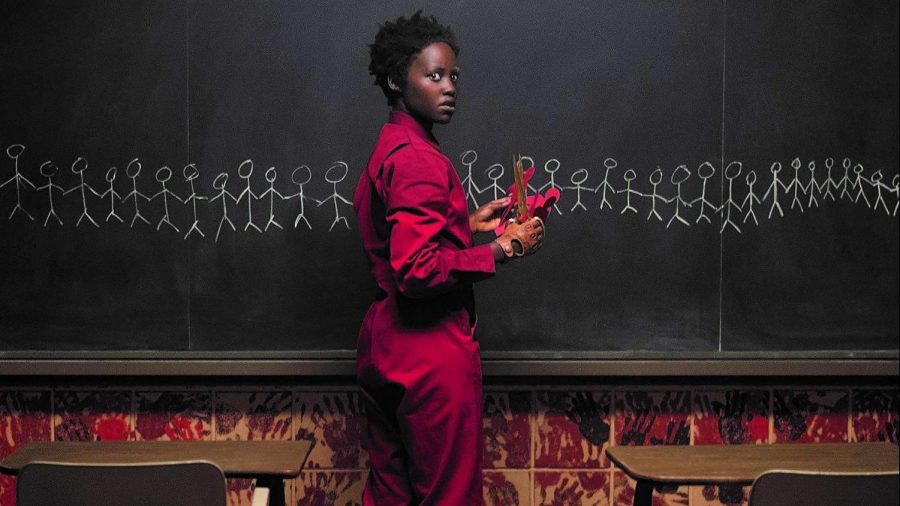 Jordan Peele, the writer, and director of the critically acclaimed movie “Get out” has released his second anticipated film “US.” The new film is a psychological horror film about a family being terrorized by doppelgangers while on vacation.

The main protagonist in the film is Adelaide Wilson, played by Academy Award-winning actress Lupita Nyong’o. Wilson returns back to her hometown of Santa Cruz, CA, where she grew up as a child. As random occurrences begin to happen she begins to remember bad events from her past and to feel as if something is coming for her.

Her fears begin to ring true when she is faced with her families doppelgangers (Known as the tethered) that want to take over their life. Doppelgangers are people who look exactly like other people.  Some believe everyone has doppelgangers which make this film a bit scarier.

The advertisements for the movie makes it seem way more terrifying than it actually is, it’s more suspenseful then it is horror, with a touch of comedy. Just how “Get Out” had comedy within it, “Us” does as well but 10 times more. It feels like you find yourself laughing more at the film then feeling terrified. The film’s humorous tone could be expected from Peele because of his long background of comedy, so it doesn’t come to a surprise that he would add this element in a horror film.

Another element that makes this film enjoyable to watch is the amazing soundtrack and the placement of music in the film. With a terrifying remixed song of “I got five on it” by Luniz playing at the beginning, and the placement of the song “F*ck the Police” by NWA, you probably will get a good mix of feeling a little scared, while also feeling confident and ready to take on whatever comes next in the film.

Along with the music comes the acting within the film, Lupita really takes her two characters to the next level with her primitive acting skills that will make everyone have a double take. She really makes you believe in the characters that she plays. All of the acting in the film was good however some characters being a bit corny but still likable.

The film’s does has a message however that is open to interpretation. Unlike “Get Out,” which message was about race, “Us” doesn’t seem to have a firm statement on what it means, or what people should take from it.

Throughout the film, there are plenty of signs of imagery, which is subjective to each person. Even most of the sayings like “We are Americans” in the film might change the context of what one may believe the film is about. The ending alone will probably have many viewers ask questions such as why, how, who, and what.

“Us” is a bit experimental with many holes left out of the story, but overall the film’s music, acting and subjective narrative makes for another great addition to Peele’s resume. However if you’re not the type that likes to overly think why things happen in movies, then this one may not be for you.