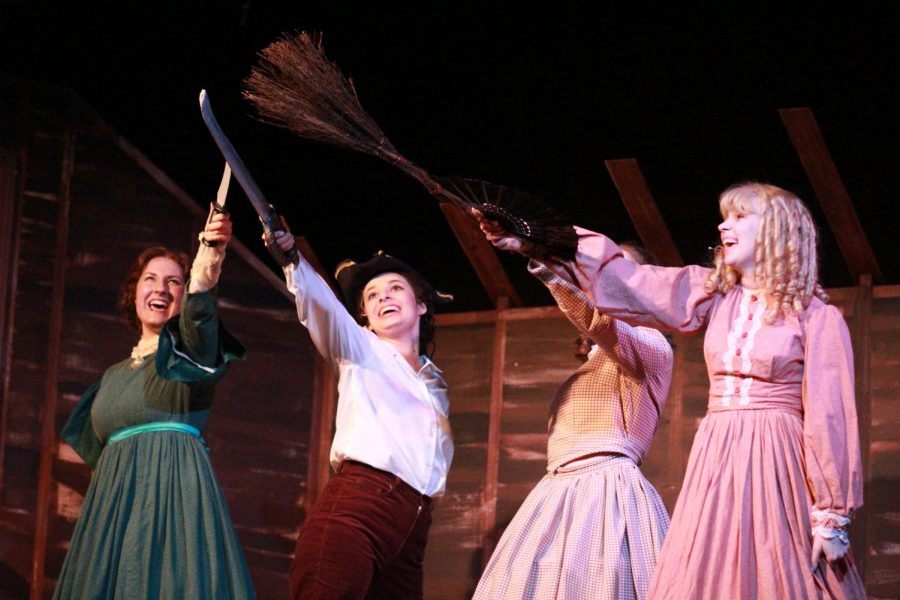 When attending a musical, it becomes all too easy to feast your eyes on the choreographed dance routines, intricate sets and flashy costumes. But an integral part of musicals you cannot always see are the people that bring the music to life from behind the curtain – the orchestra.

For the Chanticleers Theatre production of “Little Women” in Castro Valley, it is the orchestra composed of Los Medanos College students that have brought the timeless music to life, led by LMC Music Professor Luis Zuniga.

Having been Chanticleers Musical Director for the theatre’s previous show of “The Adams Family”, Zuniga was eager to once again work alongside Director John Baiocchi and Choreographer Todd Aragon. However, this show has been an entirely different experience for him not only because his last show with Chanticleers was “The Adams Family”, but also because he had the opportunity to conduct his own students.

Bringing some of his “most prepared and hardworking students” to the play has allowed him not only to get to work with them on a more professional level, but it has provided them with an opportunity they “can’t learn in a college class.”

“They’re getting real world experience and are a part of something that is deeply routed on an artistic aspect,” explained Zuniga. “[They] get to play in front of a live audience and sometimes, [musicians] don’t get enough of those experiences.”

With eight weeks to rehearse, the orchestra has been working to perfect their music and adapt the original score to fit their instruments cohesively. Due to the show’s intense list of 24 musical numbers, the orchestra has spent a lot of time practicing together. LMC strings player Lucian Baxter believes they have closely bonded in a unique way.

“We have a lot of in-jokes about the characters and songs, so it sometimes feels like we’re communicating in our own special language that no one outside of this production knows like we do,” explained Baxter. “Every one of us has put a colossal amount of energy into making this musical go well, and we’ve really bonded over how committed we are to the musical.”

Among those who make up the tightly knit band, is saxophone player Tony Hendrix who has been in the LMC music program for six years, and scored his first taste at live professional performing through being a part of the musical.

For Hendrix, playing at the professional level is “a little bit scary” at first, but after the first weekend of shows, he has been “feeling a bit more comfortable” and already believes that he has “gotten better at [his] reaction time and catching subtle hints in conducting.”

Very familiar with live performing, clarinet player Jessica Anderson had been in the orchestra for multiple musicals at Heritage High School but appreciates the professional atmosphere of playing with a higher-level company and the struggles that come with it.

“The biggest struggle [of the show] was definitely the time it took to transpose the French horn and cello for my own instrument,” said Anderson. Despite the difficulty, Anderson has enjoyed her experience so far and likes the “higher caliber” atmosphere of the show she and her fellow classmates can experience.

While the band was predominately composed of LMC students, Chabot College student Camden Daly also joined the orchestra on piano. With 17 years of experience under his belt and as a second year student at Chabot, Daly has enjoyed learning more about music through being a part of the musical and through having Zuniga as his conductor.

“Working with the orchestra and Zuniga is a really rare experience,” explained Daly. “[Zuniga] has been doing music for so long… working with someone who pushes his people is a great person to work with, because you know that you’ll have a good show.”