Sadler is recognized at state level 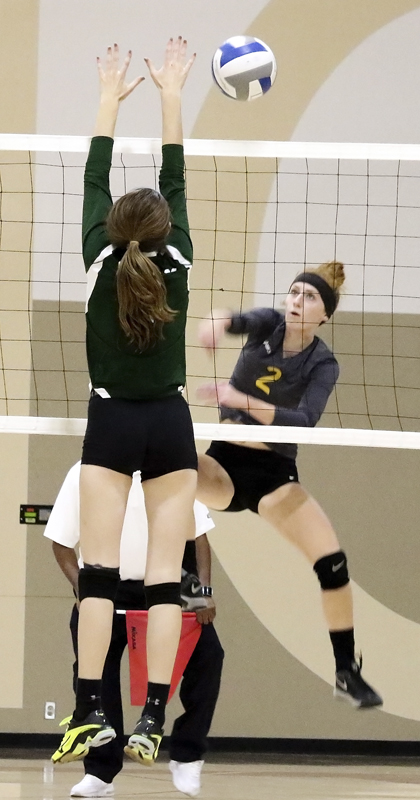 Back in 2016, Caitlin Sadler was the queen of the court for not only for the Los Medanos College volleyball team, but also the entire Bay Valley Conference.

But in the classroom, she exemplified the definition of a true scholar athlete, and the state took notice.

Over spring break, Sadler was one of 18 4.0 GPA-performing student athletes in the California Community College Athletic Association to win the athlete honor roll award.

“I felt really proud to represent my conference and be one of the few athletes in the state to win!” Sadler said.

There were two requirements to qualify for this award, and Sadler met both of them with flying colors.

First, she maintained a 4.3 grade point average her sophomore year, something very few student athletes can do. In addition to that, Sadler maintained a part-time job, adding to how much Sadler already has on her plate. Sadler said this was definitely one of the most stressful times of her life.

“It can be difficult being a full-time student and athlete. It forces you to manage your time and prioritize,” Sadler said. “With so much on your plate, you really have to decide what deserves your time. You have to be on top of your schedule, making sure you don’t miss anything. Having a planner helped me to keep everything straight.”

The second requirement was to be the MVP of their conference, and Sadler did so in 2016. In a season where LMC went 11-1 in conference play, Sadler dominated the court with 239 kills, averaging 2.54 kills per set.

“Caitlin worked really hard in the gym, games and classroom,” volleyball head coach Lou Panzella said. “She expects to work hard and give her best. She totally earned this award.”

While Sadler’s career ended with the Mustangs in 2016, she continues to attend LMC and received an Associate’s Degree in both Administration of Justice and Behavioral Sciences in December.

After LMC, Sadler hopes to continue her studies in the State’s capital by attending California State University, Sacramento.