‘Beauty and the Beast’ is a nostalgic trip for viewers 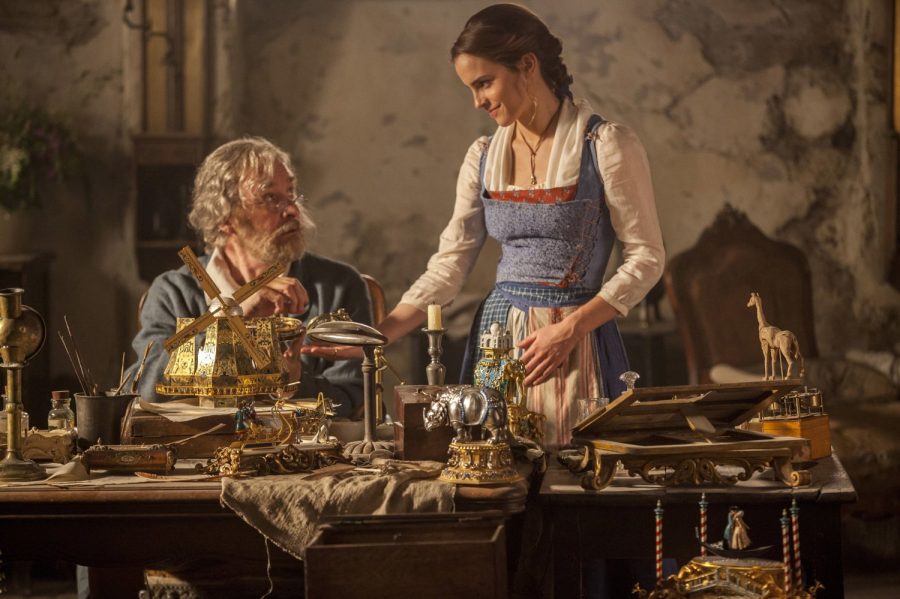 The elaborate musical sequences and joyful characters are back in Disney’s live-action adaption of “Beauty and the Beast,” taking viewers on an emotional rollercoaster filled with nostalgia.

A classic tale, the original animated film was released in 1991, telling the story of a selfish Prince who gets turned into Beast after refusing to help an enchantress disguised as a hideous beggar. She gives the Prince a rose, warning him that when the last petal falls he would be doomed to remain a Beast forever. His only way to break the spell is to find true love.

Admittedly I was a bit skeptical about the film adaption at first. From Emma Watson’s casting as Belle to how they would choose to bring the house servants to life, I was afraid a real life adaption would never be able to capture the magic of the original.
Despite my feelings going into the movie, I was pleasantly surprised by the film’s theatrics. Although the story is essentially the same, there are small changes, such as making Belle the inventor instead of her father, making all the difference.

The changes give Belle more depth rather than only being different than other Disney Princesses because she’s considered strange in her village due to her literacy.

Still, a showing of “Beauty and the Beast” would be nothing without the “Be Our Guest” sequence. On screen it was just as magical with a colorful over-the-top performance.

Additionally, the movie features an array of new tracks that add to the storyline.

It was a brilliant decision to give the Beast his own song, “Evermore,” in the live adaption. As arguably the best of the new songs in the movie, it clearly shows his perspective and makes his transition in character more believable.

One of my issues with the original film was Beast’s transition from angry and selfish to kind and loving. Much of the animated version lacks the Beast’s perspective and his motivation to love her, but “Evermore” is able to beautifully sum up just how much the Beast cares for Belle.

Even though he believes she will never come back to him, he cares about her happiness more and is content with his beastly fate because he was able to learn to love someone else.

The raw emotion put into every word makes you root for Belle and Beast, even if you already know the happy ending is coming.

My biggest critique of the movie is the huge controversy over LeFou’s sexual orientation. For someone who is supposed to be canonically gay, the film makes no clear indication of his sexuality other than a few suggestive comments made toward Gaston and the look on his face given when he dances with another man at the end of the movie.

This poor attempt at LGBTQ+ representation in a family movie is pathetic. If the author or director has to tell you a character’s sexuality, then it’s not real representation.

Still despite this, the bothersome depiction did not take away from the overall enjoyment of the film. In a world filled with remakes, sequels and reboots galore, I am glad this film was able to beautifully satisfy our nostalgic needs.