Goes above and ‘Beyond’ (Review) 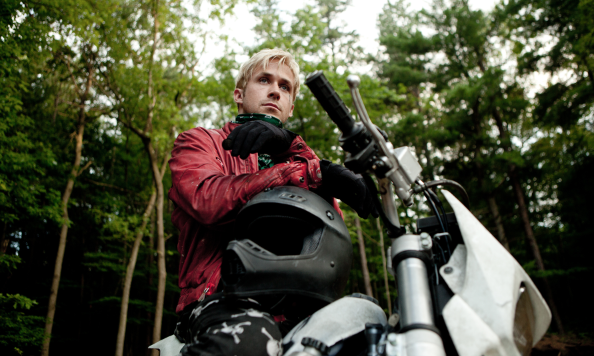 The Place Beyond The Pines” is a drama directed by Derek Cianfrance, who previously directed “Blue Valentine,” that stars Ryan Gosling, Bradley Cooper, and Eva Mendes. This movie, from start to finish, is definitely the best film I’ve seen in a long while. The story is not necessarily the most original, as it starts off with the average bad guy getting caught up in recklessness, but the way it tells the story is fascinating.

Ryan Gosling, who plays Luke, is a troubled motorcyclist working at amusements parks around the country for money. He meets up with Eva Mendes, who plays Romina, with whom he had a past fling. He soon learns that he has a child and decides to stay in town to take care of him. He eventually runs into some trouble and finds himself at the hands of rookie police officer Avery, played by Bradley Cooper.

This movie is essentially divided into three, the first part deals with Luke’s story, then Avery’s story, then their respective children’s story as it all goes full circle and is almost really three movies in one.

The way it is shot is phenomenal, as was the supporting case, featuring Rose Byrne, Ray Liotta, and Ben Mendelsohn.

If I had to pick a fault, it would be that the end drags on a bit.

The third story, that deals with the children, did not need to be in the movie at all, as the crescendo was about half an hour before the credits actually rolled, but regardless, it did provide more closure to the back story.

The movie, for the most part, successfully portrayed the idea of fate, and how your small actions can have an adverse effect so many years into the future.

I would definitely recommend this movie to anyone, as long as you can handle some tough subject matter.