Softball gets a new head coach 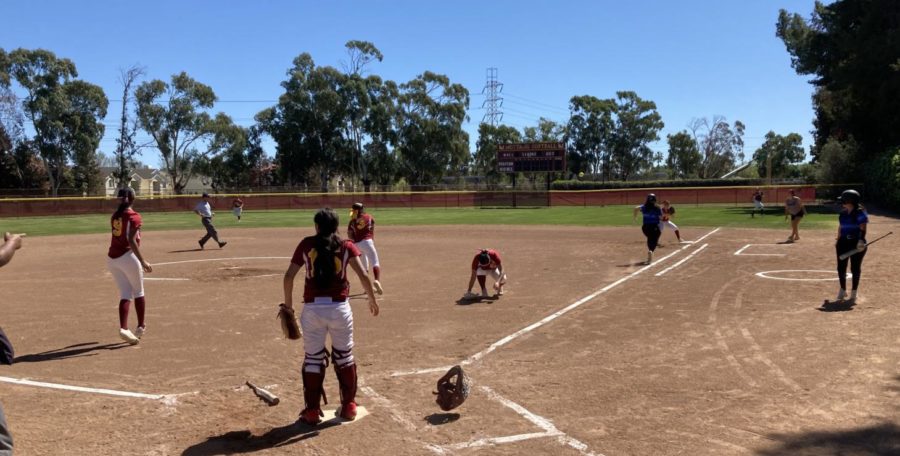 Athletic Director Richard Villegas has stepped up to fill in the void following the mid-season resignation of Tim Rognlien who served as softball coach since 2014. The softball team, which has been competing since Feb. 4 has a 13 game roster as a member of the Bay Valley Conference. Their record currently stands at 1-7 and they lost to Solano Community College in their most recent double header. The first game losing 10-0 and the second game losing 22-4.

“I really like him as a coach. He had us working these hitting drills and stuff, then afterwards made us do some diving drills because I’m an outfielder,” said outfielder Ariana Vasquez. She added that Villegas is surprisingly good at coaching the softball team even though he has spent many years coaching the women’s basketball team.

Charlize Howay, a pitcher and third baseman, explained some of the ins and outs of their practices.

“We have a lot of planning and fundamentals,” she said, adding they have been working on consistency and technique.

The softball players will continue its season with Villegas by their side.

“All the players, we all want to be here,” said pitcher Raven Yelder, who explained that although Villegas isn’t the official coach, his presence has made a difference and players are looking forward to the rest of the softball season.