LMC wins 5-1 against the Comets 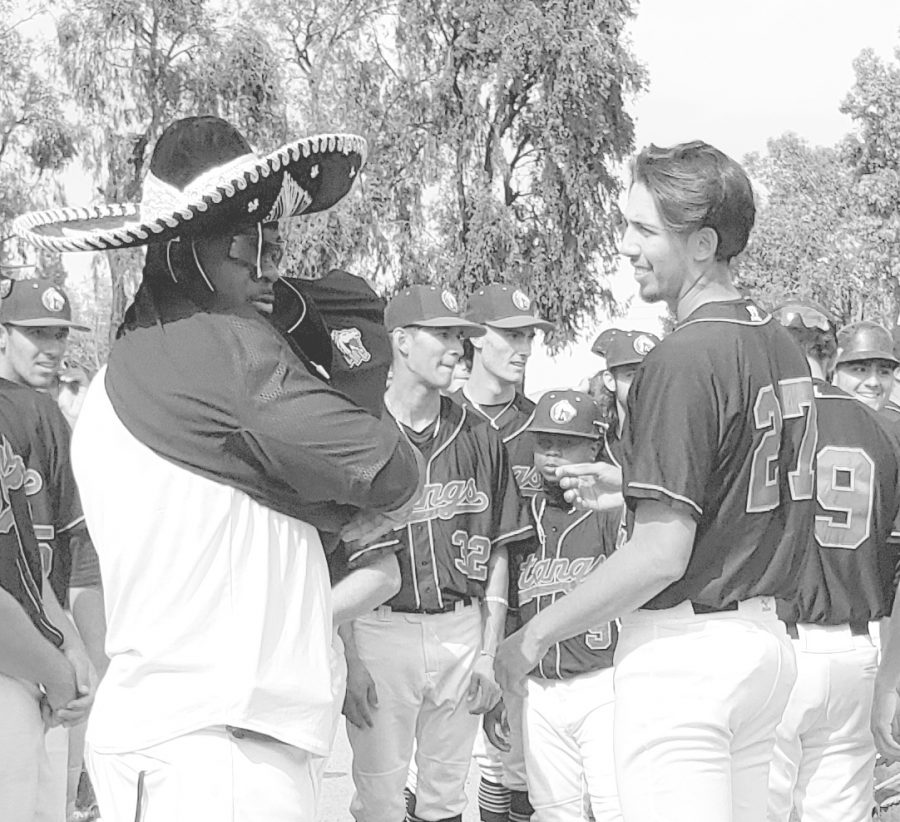 The Los Medanos College Mustangs (15-5) defeated the Contra Costa College Comets (CCC)(6-13) 5-1 Tuesday evening March 10. The Mustangs would take control of this game in the first inning, scoring two runs, and they never looked back after that.

James Biles started on the mound for the Mustangs, and he pitched a productive game. In the seven innings he pitched, he held the Comets to seven hits and one earned a run, while not giving up any walks, and striking out seven batters.

The starting pitcher for the Comets Connor Rudy had a tough outing, allowing seven hits and four earned runs through six innings. He had four strikeouts and gave up two walks.

Offensively, both teams struggled, as they both left double-digit runners on base throughout the game. LMC left 14 runners on base and CCC left 10 stranded. Though, LMC was able put up the runs necessary to win the game.

In the first inning, CCC made two errors on bunts by LMC which led to LMC scoring two runs.

The score would remain the same until the fourth inning, when Neko Capsaliaris hit a single which allowed Seth Salter to score.

The Comets would finally get on the board with a double by Jared Jackson, which scored Fernando Duenas from first base. An error on a groundout right after that put runners on first and second base, but Biles was able to work his way out of the inning without allowing another run, ending the inning with a score of 3-1.

It wouldn’t take long for LMC to put up another run in the bottom of the sixth inning, when Jesus Hernandez hit a double down the right-field line. Milan Mijanovic was on first base when this happened, and he was able to score on the double, putting LMC up 4-1.

Jesus Hernandez would come back in the bottom of the eighth inning and one up himself by hitting a triple, which, once again, allowed Milan Mijanovic to score. Soon after, LMC had the bases loaded after the Comets gave up two straight walks. Unfortunately, they weren’t able to add to the lead and the inning ended with a score of 5-1.

After a quick top of the ninth, the game was over. LMC took the win with a final score of 5-1.

“We need to take better at-bats with runners on base. If we can do that, we need to run away with the game earlier, ” said head coach Anthony D’Albora after the game.

Jesus Hernandez had a great day at the plate, and he had this to say after the game,

“We’re riding the momentum we’ve built from our first 19 games. Today they were playing a shift when I was up-to-bat and I took advantage of the hole they gave me.”

For more information on the LMC baseball team, visit https://www.losmedanos.edu/baseball/index.aspx.