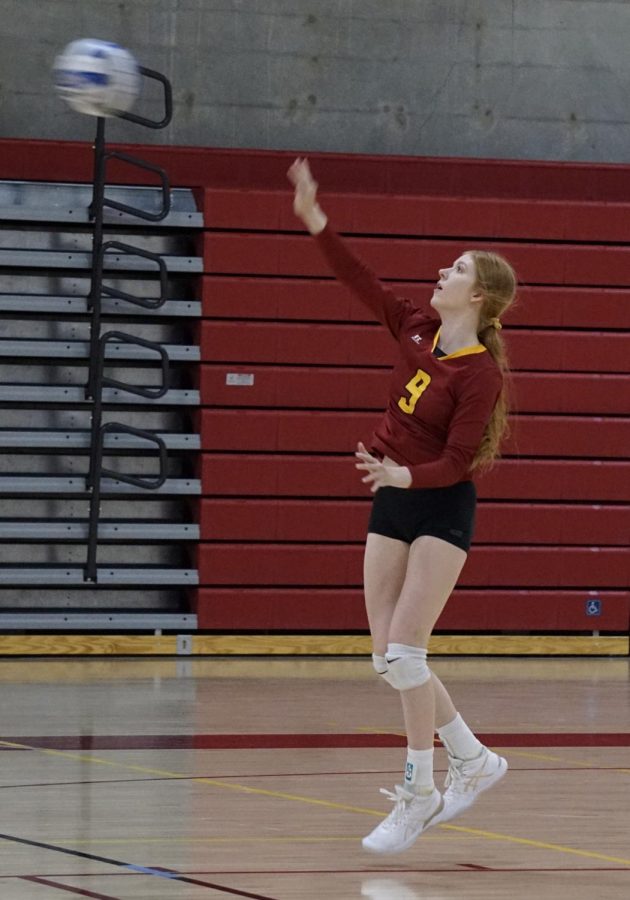 As the semester comes to an end, so does Emily Sobolik’s volleyball career at Los Medanos College. The second-year player is closing in on her eligibility to play for the Mustangs.

She began playing in the Diablo Valley Volleyball Club at the age of nine, where she played for an under-12 team. At ten years old, she continued playing for DVFB, but in an under-14 division.

At Bristow Middle School in Brentwood, she played the sport for all three years, using this as a platform to prepare to compete in high school.

After middle school, she attended Heritage High School, where she played volleyball all four years. Sobolik was part of the Junior Varsity her freshman and sophomore years. She captained the JV team during her sophomore season. During her junior and senior campaigns, Sobolik was rostered into the Varsity team. She contributed to Heritage’s successful seasons, as the team was always in the top of their conference.

Being a versatile player is something Sobolik is proud of, “I’ve always been a player the coach can put anywhere and it works out.”

During her first season at LMC, she helped the Mustangs to an undefeated season, earning the Bay Valley Conference championship. She admits that the team chemistry off the court translated to the court because of their trust in each other.

This season, she helped lead LMC to second place in BVC. “This as a year of learning for most of us, but we still had fun,” she said.

After the season ends, she is unsure about where volleyball will take her. If she is recruited by a university, she will look to transfer; if that is not her luck, she wants to continue to play for fun. “Volleyball will always be in my life, whether it’s at a competitive level or playing with friends,” said Sobolik.

She acknowledges that volleyball has taught her many valuable life lessons. “It’s taught my a lot about my mental game, as far as never giving up, and really pushing for something, giving 110 percent effort.”