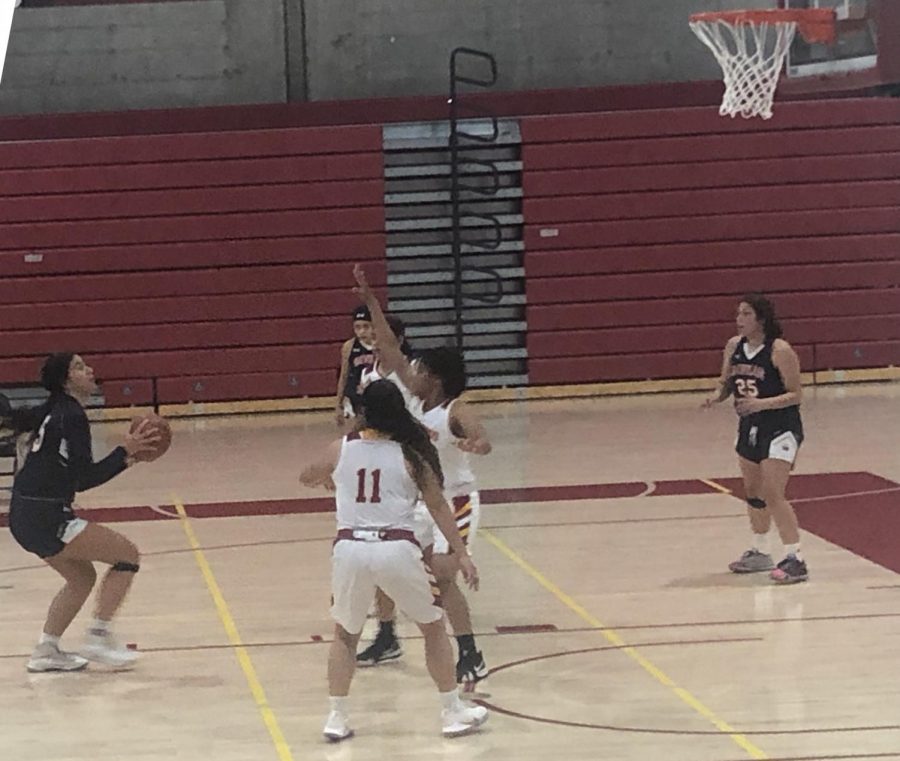 The Los Medanos College women’s basketball team preseason has officially began with them starting off playing back-to-back home games against Los Positas College on Nov. 14th, another against Gavilan College on Nov. 19.

The Mustangs were outnumbered, only having six players on their roster, but they fought through and exceeded everyone’s expectations. LMC kept the game close and exciting, even with a short-handed roster.

Even though LMC lost against Las Positas in their first game of the preseason, they played hard and played well together.

When LMC faced Gavilan College, it was more of the same thing as far the Mustangs being outnumbered.

The Rams started off the first quarter hot, allowing them to start off with an advantage forcing LMC head coach Richard Villegas to call an early timeout.

LMC found themselves trailing to the Rams the majority of the game, but it wasn’t until the third quarter where things were starting to turnaround for the Mustangs, going on a 10-0 run to cut the deficit to four going into the 4th quarter.

LMC carried that same momentum from the end of the third to the beginning of the fourth with a 5-0 run forcing the Rams to call an early timeout.

The Mustangs fought hard to come back to tie the game up 65-65 with 13 seconds left on the clock.

After the game coach Villegas was asked about his team being short handed, he stated “It is what it is. Were playing the best we can, we could’ve came out in the second half and got beat by 20, but we didn’t quit. We regrouped, came back, played better defense, and had better opportunities on offense. Just unfortunately no game come down to the last play, it starts from the first quarter, we should have ever been in that kind of deficit in the first place.”