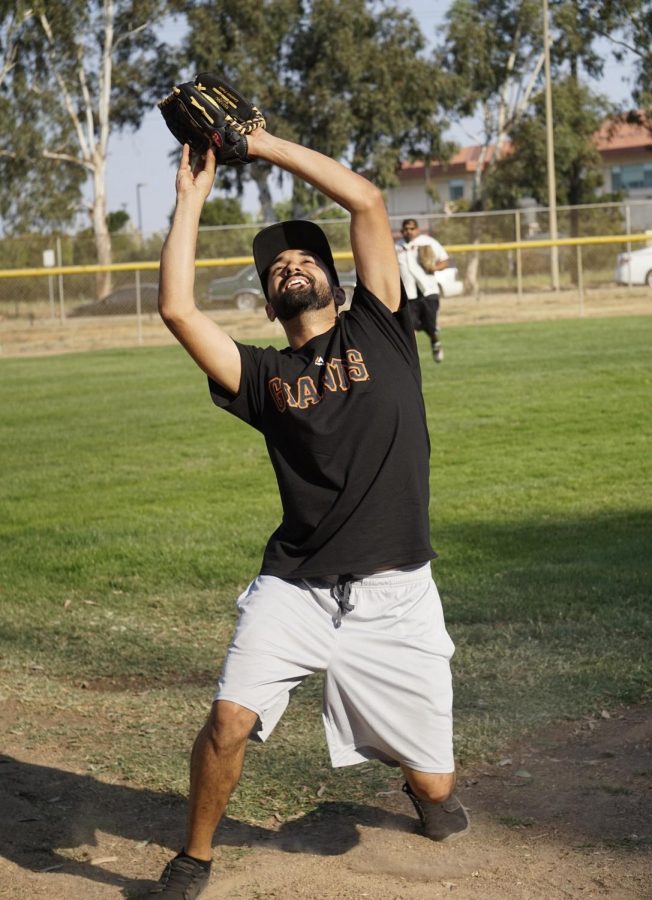 The Los Medanos College faculty and staff set up a softball game for themselves in order to take a break from the challenging work environment they endure everyday to keep LMC a nice, safe and productive environment.

During the game, everyone was all smiles, excited to reminisce in the games played in their youth by participating in the staff softball game. Bringing out the competitive spirit within them, the game sparked an excitement that was seen all over their faces.

Two teams were put together, The A’s versus The Giants, and the atmosphere surrounding the softball field was nothing but positive. Everyone was rooting each other on and heckling each other. If the objective to this softball game was to get the employees out of their shells and have a good time, the goal was reached and exceeded expectations. The game itself was exciting the whole way through, even though everyone were friends. You could tell from the beginning that both teams wanted to win, and both teams were playing with an edge to win those bragging rights.

Dr. Carlos Montoya, the Vice President of the Business and Administrative Services, hit two home-runs for the A’s team to start things off. Soon after, Andrew Murphy hit another home-run for the A’s. The Giants ended up making a comeback with a home run of their own by Russell Holt, giving the Giants enough momentum to catch up to the A’s and get his team pumped up and involved.

The last inning of the play was a toss up, as both teams were tied at 15 to 15, with the A’s at bat, giving them an opportunity to win the game.

Steve Valencia ended up winning the game for the A’s with a walkoff home run, and a player on the base ending the game at 17-15.

“[It’s a] great team builder, everyone knows everyone, and everyone is out to have fun,” said Holt, captain of the A’s team.

“It’s always fun to see the competitive spirit and have fun at the same time,” said Bob Kratochvil, President of LMC.