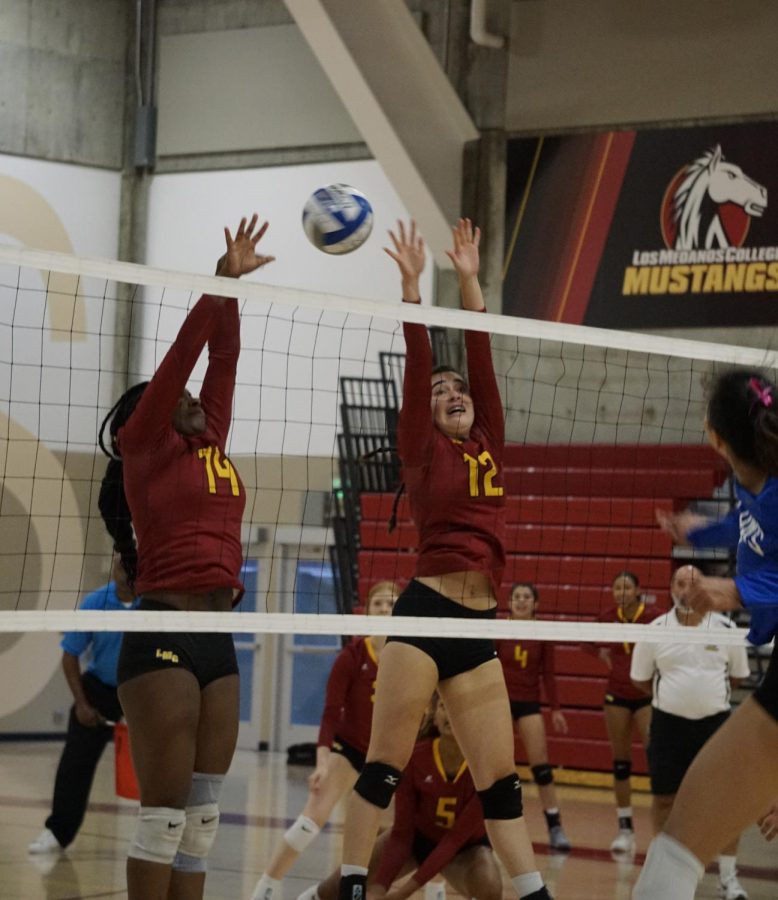 Both teams entered the game undefeated in conference play at 6-0. This matchup would give the winner possession of first place in BVC standings.

From the beginning of the first set, the Mustangs struggled to take control of the match. LMC trailed Solano College for the entirety of the set. However, the Mustangs rallied to give the Falcons a fight. Outside hitter Emily Soblik led the team in points for set number one. The set would end 15-25 in favor of Solano College.

The second set would be the Mustangs’ best performance of the night, losing only 19-25. The score was alternating between both teams for most of the set. To finish off the set the Falcons would take possession, scoring the final six points needed to win set number two. During this set, LMC would take leads but would give them up to the Falcons.

“We made more errors than they did, that’s for sure. I thought we competed pretty well, they were just a little better than us tonight. They had little better ball control, and less errors than we did. We got leads and weren’t able to sustain them” said head coach Lou Panzella.

The third set would be the final set of the game, as the Mustangs could not win the set to prolong the match. The score for the set was 16-25, in favor of the Falcons. Soblik, again, led the team in points for set number three.

With the loss, the Mustangs’ BVC record went to 6-1, leaving Solano College as the only undefeated team in the conference. LMC is in second place, above Mendocino College, who have a conference record of 5-2.

“I think we played really good, we just have to minimize our errors on our side. But, work ethic wise and competing we did really good,” said middle hitter Sophia Corini. “It was a really good match up on team, skill-wise. We had more hitting errors, more serving errors than them, and that’s what it came down to.”

For more information on the team, visit: https://www.losmedanos.edu/volleyball/index.aspx.