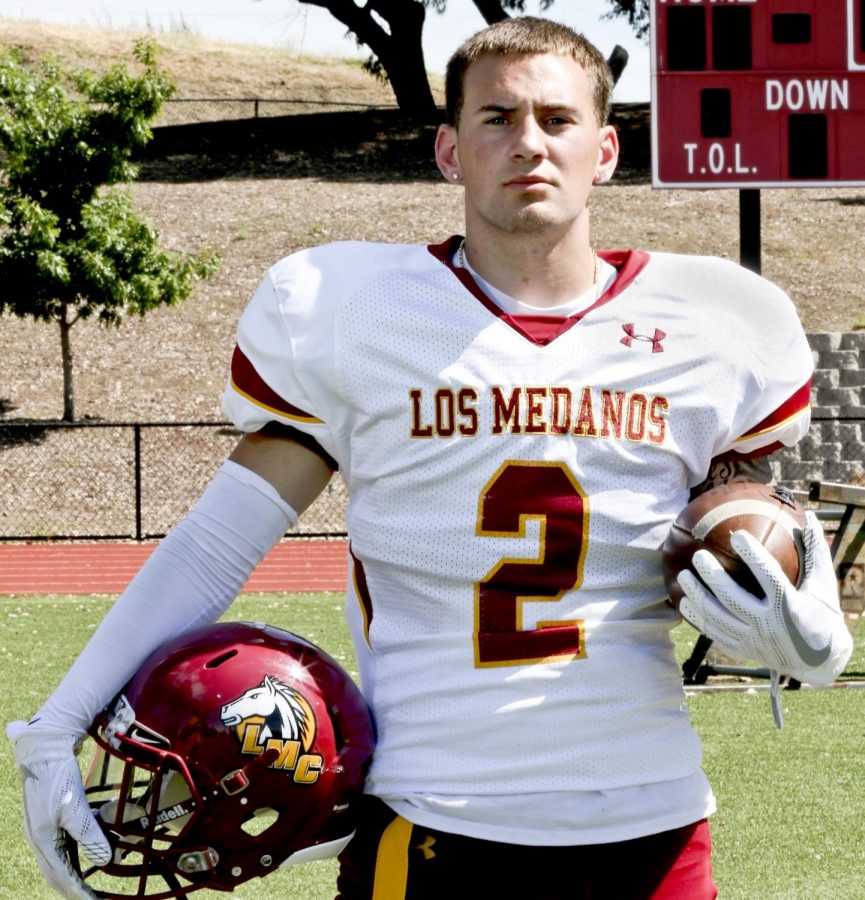 Q: You currently have a 20/235/2 line through six games. With four games left in the season you’re on pace for a 33/391/3 line for the season, do you think that’s about right? Or do you think that you’ll finish with a better or worse stat line?
A: I would like to get my stat line as high as possible in these last few games. I was hoping to have 900-1,000 yards this year, so sitting at around 200 right now is a little bit embarrassing, but our quarterbacks haven’t been able to connect with me at the right times. I feel like I’m supposed to be one of the leaders of this team, so I’m going to do all that I can do to raise my stat line, and hopefully we can all step up to finish strong.

Q: Since you’re a sophomore, I have to ask, do you have any plans for after this year?
A: My plan is to go to a division one school after this, which is another reason that I want to try to finish this season strong. I did get offers from a couple schools, but I’ll probably have to try to get an academic scholarship and walk on somewhere. I could go to a D2 school and get guaranteed playing time, but I really want to try to make it at a D1 school. I also kind of want to stay in California, so it depends on all of those things, but that’s the overall goal.

Q: Have you played any other positions than wide receiver?
A: I played linebacker and safety in high school, they pretty much moved me all over, but I was primarily a safety. I ended up switching to the receiver side of things because I got hurt making a hit, so last year was pretty much my first time playing as a wide receiver in a game.

Q: Is there a particular wide receiver, past or present, that you look up to or try to emulate on the field?
A: There’s obviously Antonio Brown and Odell, but I also really look up to Jarvis Landry and try to learn what I can from him. I believe his combined time was in the 4.6 or 4.7 range, and that’s about what I run too. Just like him, I’m not the fastest guy, but that just means that I have to have really good route running and be able to make people miss.

Q: Who is the best wide receiver in the NFL?
A: Probably O’dell, there’s just no covering him.

Q: How long have you played?
A: Since seventh grade, so I think this is the eighth year.

Q: Since you played with Joe Mixon in high school, I figured that you would be a good person to ask, but when do you think a person’s NFL talent is apparent? Could you tell he would make it back then?
A: I think we always knew that he would make it, even in high school. The trouble in Oklahoma may have caused a little hiccup and made us worry for a bit, but he’s always been a special talent. I may not have played on the same field as him, but I definitely practiced on the same field as him. It was inspiring to know that someone that good came from our area and made me want to get better and better in the hopes that I could get that good one day too.