Myles Coston heading back to Division 1 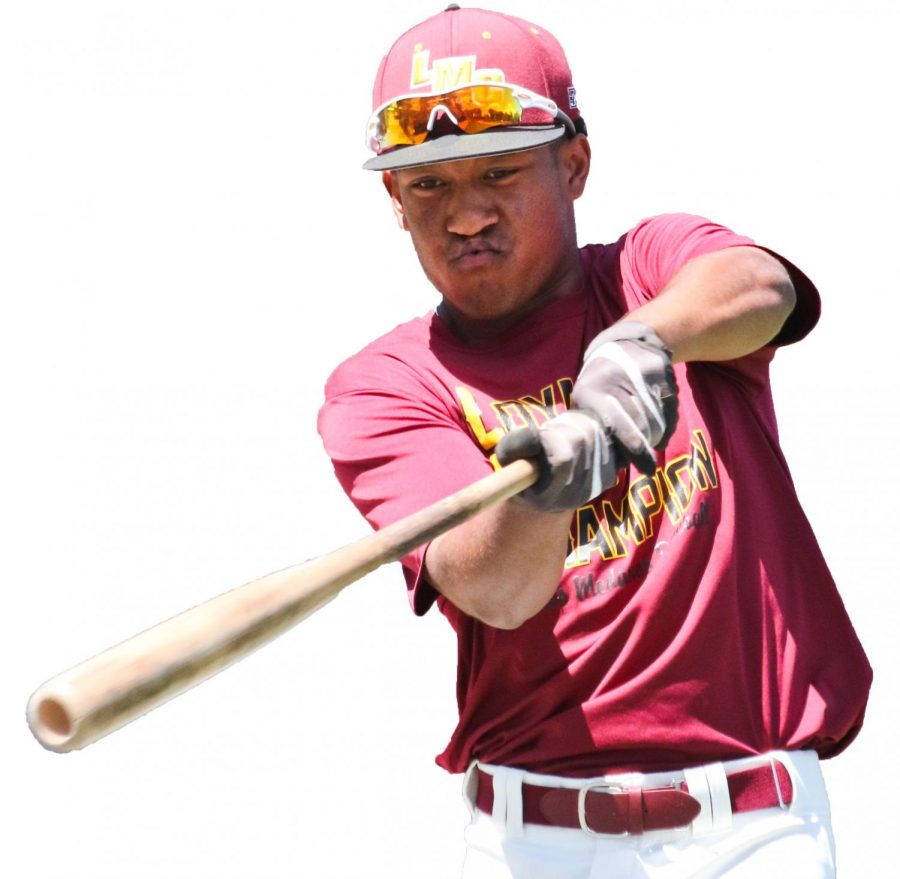 Myles Coston has spent his baseball career climbing the baseball ladder. He started with tee ball, went on to high school and climbed further making it to Division I baseball. Then he dropped down to community college baseball making for an unusual journey. After two years playing at the junior college level, Coston is now rising back up to Division l.

Coston’s journey began at the age of four playing tee ball and he took it a step further at the age of six playing at Pittsburg Peanut League.

“My dad got me interested in baseball at a very young age,” Coston said. “I like to take after my grandfather.” His grandfather played basketball at the University of Portland and is a big influence not only on Coston but also on his whole family.

Coston went on to the prestigious De La Salle High School in Concord, known for producing and recruiting top athletes in the Bay Area. He did well enough to earn a Division I scholarship to California University of Fresno.

But his time at Fresno was short-lived.

Coston decided to leave Fresno’s baseball program because he didn’t feel at home and believed there was no point in staying for four years if he wasn’t enjoying it. Being away from his family was something that he was not accustomed to since his friends and family are such a big part of his life.

“The toughest obstacle I had to face so far was having to leave the Fresno State baseball program, because I worked so hard to earn a Division I scholarship out of high school,” Coston said. “Mentally and emotionally it was hard for me to take a step back but I trusted God’s plan.”

His next stop was LMC. Coston decided to enroll at a community college closer to home to continue to play ball.

“He’s a great player and a great athlete, so I think he just continued to work hard everyday to be the best player he could be for the team,” said head coach Anthony D’Albora. “He is athletic in everything that he does and I think that will really translate well next year at the Division I level.”

Coston finished the LMC season with 39 runs, 29 RBIs and 64 hits for the Mustangs.

“He was a key piece for the top of our lineup and he also was our closer on the mound and helped us finish up a lot of big wins,” D’Albora said.

The Mustangs’ season ended May 1 after losing 11-3 against Taft College, which eliminated them from qualifying for the playoffs. However, this does not mean the end of Coston’s time on the diamond.

The third baseman feels like he’s been able to add a new perspective for all his teammates.

“I’m able to talk to the guys about different experiences and how to handle certain things,” said Coston.The team talks about things like experiencing pressure or getting too emotional during a game.

The next step in Coston’s journey has him traveling 2,792 miles away to North Carolina Central University, a historically black university in Durham, North Carolina.

“I chose the school because I was comfortable with the coaching staff,” said Coston. “I liked how they were with their players and the philosophies they taught.”

He also thanks the Los Medanos College baseball staff for their guidance, which he feels has prepared him to make the leap. He also got a better sense of independence and freedom during his time here, which he feels will also help him.

Coston has his faith in God to thank for taking him this far.

“I dove deeper into my faith last spring and that helped me a lot on the field,” said Coston. “I just go out there now and try to represent God well.”

He was first introduced to religion last May by Jayden Tolentino, a long term friend of Coston’s and LMC basketball player. She invited him to attend a service at the Fellowship church. He was immediately intrigued and has been frequently attending for the past year.

“The closer I got with God the more clarity He brought to my life,” Coston said.

Now wherever his baseball career decides to take him, he will have God by his side.