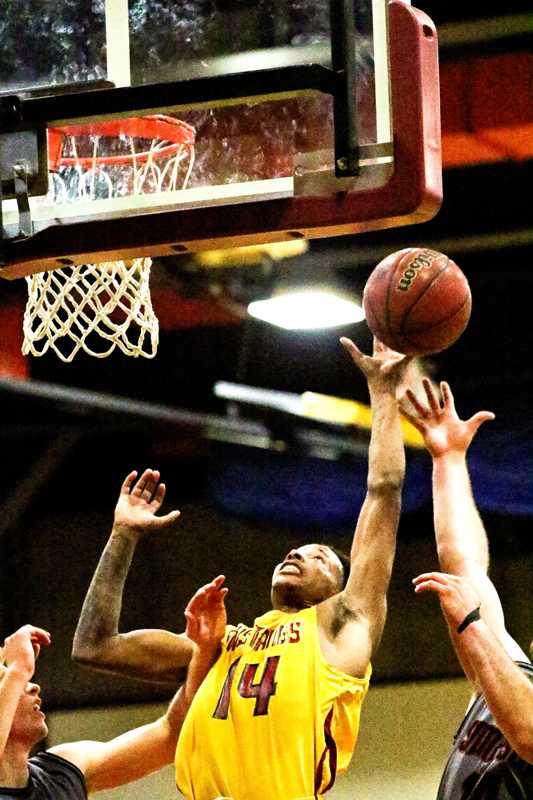 The Los Medanos College Mustangs men’s basketball team played their first preseason game of the season against the junior varsity team from Simpson University, winning 100-72.
LMC head coach Derek Domenichelli was excited about his roster outlook this season.
“There are only three sophomores from last year’s roster so I expect something brand new this season from my guys,” said Domenichelli before the opening buzzer.
The three sophomores on the roster are guards Matt Sisneros, Justin Smith and Jeff Brown.
The Mustangs came out strong on offense with great passing and solid communication amongst the guys on the floor, especially when trying to get it in the paint.
One of the highlight-reel plays of the game was the first dunk of the Mustangs season by freshman Demauriaye Smith.
With the first half closing in, LMC’s Andrew Hall hit a 3-pointer to make the score 56-42 heading into the locker room.
The Mustangs continued to do what worked in the first half in the second, stifling Simpson even more, only allowing 30 second half points while putting up 44 of their own.
“I thought our offense was superb and we played unselfish. We moved the ball, we made the extra pass, we looked for open teammates. I thought our commitment to making the extra pass was superior,” said Domenichelli.
“Only work we need is our defensive side and rebounds.”
Freshman guard Mark Thomas led the scoring for the Mustangs with 20 points.
The Mustangs next contest is the to Solano Tournament at Solano College against Gavilian College, Friday, Nov. 13 at 1 p.m.
The first Bay Valley conference game will not be until Jan. 5 of next year against Alameda on the Mustangs home floor.