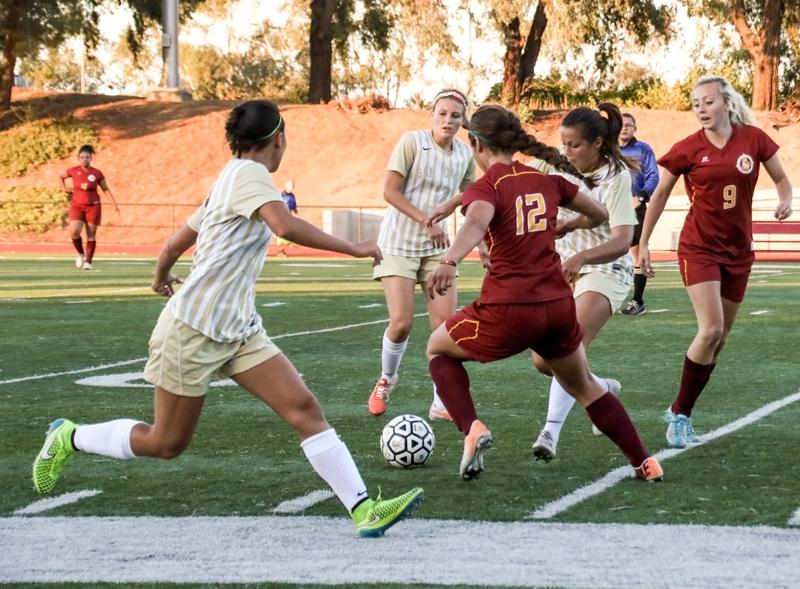 Soccer at Los Medanos College is back. With the first game already in the books, here’s what to expect from the women’s soccer team this season.

“Most of the girls were second year players last year so we only have four returning players,” said head coach mark Bryant. “It’s going to be a year of a lot of first time players, I think we have a pretty good team.”

Some might see losing most of your players from the previous year as a bad thing, however, that doesn’t appear to be the case with several freshmen already impressing.

“One of the big stand outs for me has been Maggie Friedman,” said Bryant about the player from Liberty High School. “She’s really stood out, she’s got really good energy. I’m happy with her.”

He added that he’s pleased with Haley Weder and Samantha Donovan. These three players from the local high schools in LMC’s service area have “good technical and tactical awareness of the game,” and are “very good additions to the team this year,” said Bryant.

These freshmen will benefit from playing alongside some of the key players coming back for a second season.

Bryant said Strain “did a good job for us last year,” and explained that although another returner, Paola Perez, “got injured at the end of last season, she looks faster.”

Bryant also expects “a really good season” from Vreonis, who is prepared to deliver the quality of play he is hoping for.

“We’ve been training a lot over the summer. We put in a lot of work conditioning,” she said, “getting ourselves together and getting ready for preseason so that we go into the season as hard as we can.”

Despite the fact that so many players are new to the team, LMC soccer fans can still expect energetic and coordinated action in the field this year.

“I like the intensity that all the girls have,” said sophomore forward Christina Lopez. “We have a high intensity even though we don’t know each other. It seems like we have good chemistry.”

Despite a big loss in their first preseason contest (for game story, see right), the Mustangs are poised to turn it around once the regular season begins.