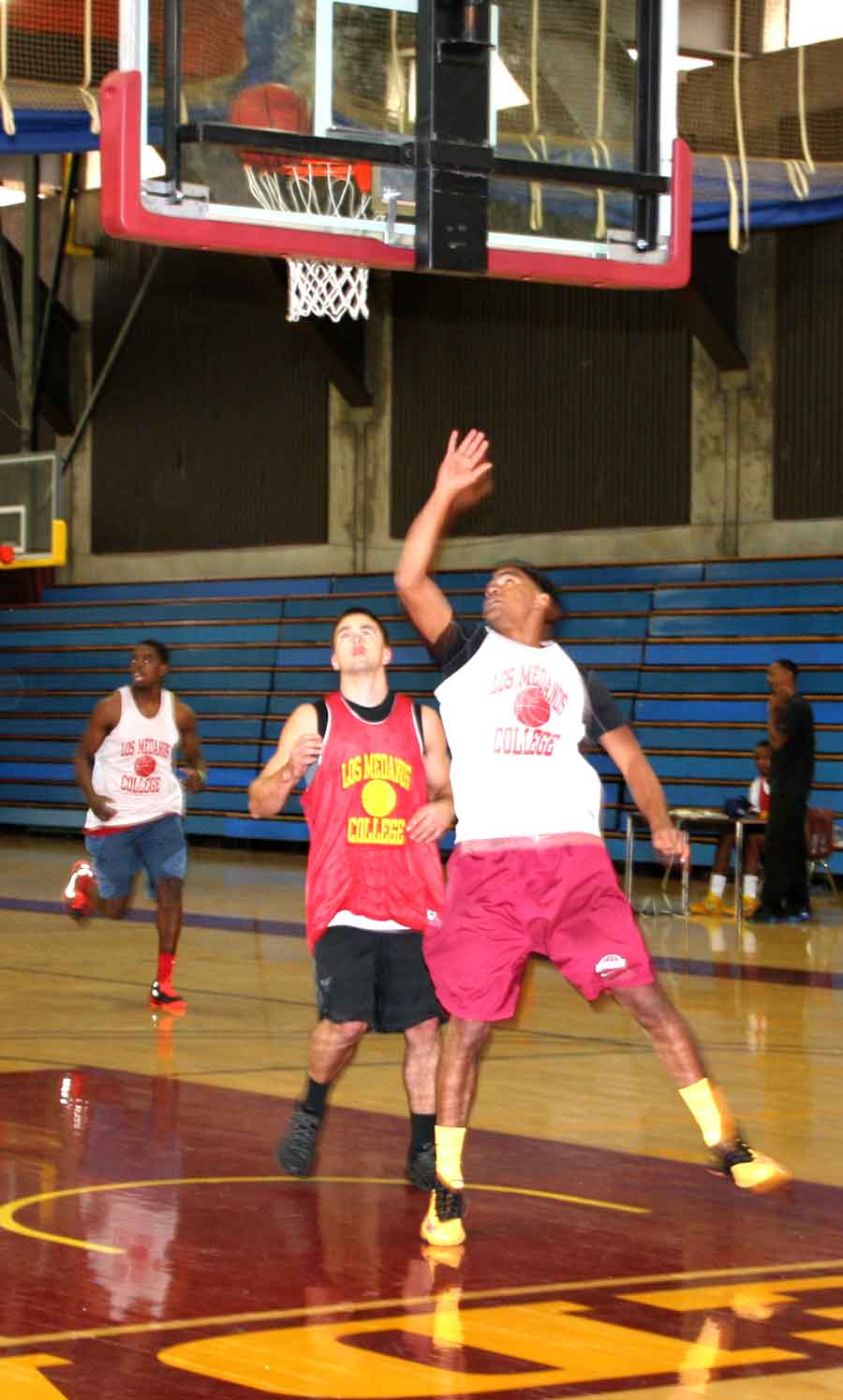 The Los Medanos College Men’s Basketball Team is back on the court and getting prepared for the upcoming 2013-2014 season.

Although LMC hasn’t been a winning team for the last few seasons they have added fresh new legs, and a couple of freshmen that have been recruited to team.

Jeff Brown is one of them. Brown is a six-foot small guard recruited from Deer Valley High School and was the captain on the team that went to the Norcal championship game.

Brown offers toughness to the LMC squad, plays hard and hustles on the court with his ability to get loose balls and rebounds.

During his time at DVHS, Brown said he tried to do anything to help his team win and will try to do the same for LMC.

His role on the team as a freshman is being active on the court.

Brown feels he can be a leader here at LMC. “I will lead by example.”

Wayne Engelstad a 6’4 forward recruited from Heritage High School is a player that can shoot from long range. Engelstad has high expectations for this years team, “We’re going to have a good upcoming season, we’re going to go far and do big things.”

With the addition of new players, LMC has also added new uniforms this year. Sophomores returning think the new uniforms look better than the ones they’ve been wearing.

The basketball team ended their season last year with a 14-15 overall record. But the team is expecting to have a wining season and get to the playoffs this year.

According to the LMC website, the team has added 13 new players. With a bunch of new faces the team does not lack chemistry or confidence. “Right from the beginning we’ve had good chemistry,” said Engelstad.

The mens basketball team’s first home game will be a conference game, against Mendocino College on Thursday, Jan. 2 at 7:30 p.m.