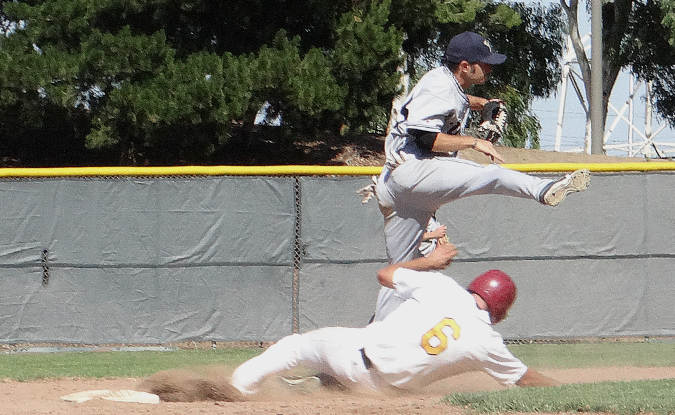 The baseball season is winding down as the Mustangs looked to make their playoff push Tuesday in a home game against Yuba College but lost 7-6. Los Medanos College remains tied for fourth place in the Bay Valley division, but are still just a game out of being in second with one to play.

The scoring started immediately for Yuba as they touched up LMC starter James Cain for four runs in the first by way of six hits with all the runs being scored in the mist of a two-out rally.

Cain settled in and fired three scoreless innings afterward, as LMC put up five runs on the board in the third on Yuba starter Tim Zucco highlighted by a two-run single off the bat of Kelly Starnes.

Yuba and LMC traded single runs in the fifth, but Yuba was able to tack on another two in the sixth giving them a lead they would not relinquish. Although Zucco was hit around early in the game, he also settled down and pitched a scoreless rest of the game as he went the distance for his fourth win of the season.

LMC Head Coach Anthony D’Albora talked about Cain’s rough inning. “I don’t think he necessarily made bad pitches, he had a lot of good pitches that were hit along with some tough infield hops. It was just one of those things where he couldn’t catch a break in the inning. He kept us in it for as long as he could,” said D’Albora.

In response to a playoff situation, D’Albora said, “We’re fighting for our lives a little bit, we’ve got to win and hope that somebody tells us that we get to keep playing next week.”

The Mustangs must win their last game, and hope the teams above them in the standings all lose for a playoff chance.