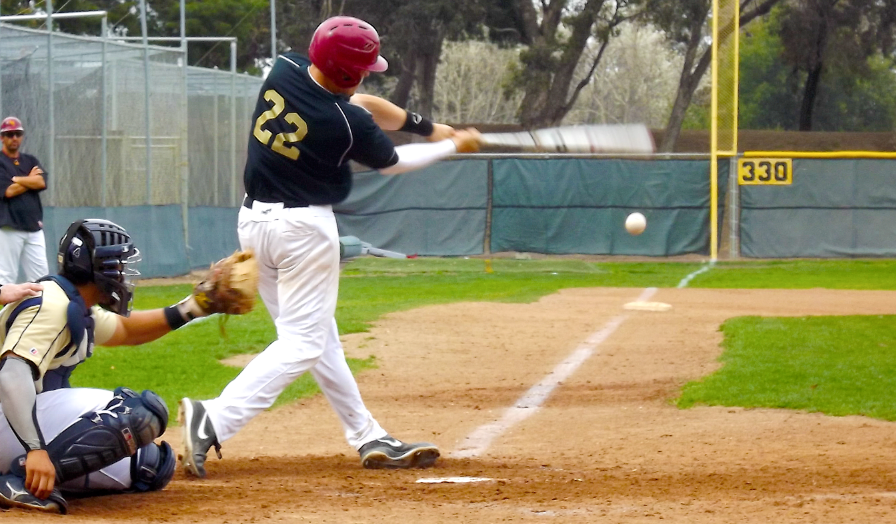 It was their first shutout loss this year, leaving them with a record of 5-9 overall. Yuba left the game with an overall record of 9-5 and a conference record of 2-0.

The scoring started early for Yuba. In the first inning, catcher Christian Divelbiss was caught stealing at second, which allowed the runner at third, left fielder Brandon Lockwood to score with ease.

The third inning saw another Yuba run cross the plate by way of an error, a ground out that moved the runner up to second, a walk, a balk, then finally an RBI single.

The bases would eventually be loaded, with a run already in and only one out, but a sharp line drive hit to shortstop Ryan Lacy was snagged at the apex of his leap, and a quick trot to second base forced the runner out to end the inning.

Another run for Yuba was added in the eighth, as slugger Ethan McGill blasted a solo shot beyond the right-center field wall for his third home run of the season.

That marked the end of starting pitcher Ben Polansky’s night as he threw seven and two-thirds innings of three-run ball, two of which were earned, walking five and striking out two.

McGill once again came up to bat in the ninth inning and added to his already nice box score by bringing in another run with a double.

LMC scattered 11 base runners throughout the game, but could not get any rallies going.

“Unfortunately for us we just did not have the intensity we usually have on the offensive side of the ball. We talk about trying to be the bully, the team that creates the tempo that forces other teams to try to keep up with us and we just did not do that today,” said LMC head coach Anthony D’Albora.

In the bottom of the second inning, Nolan Roe, the LMC designated hitter for the day, hit a ground ball and was clipped by the first baseman taking a hard spill on a close play at the bag.

The umpire promptly ejected LMC first base coach Jeff Dunn for arguing about the play. Coach D’Albora was angry about the play and ejection and said, “there are emotions, our guy went down and we were upset about it. Unfortunately, the umpire didn’t appreciate the fact that we were upset, but I explained to him that it is our job as coaches to protect our guys.”

The Mustangs have 22 games remaining on their schedule and look to turn around the slide they have been on, losing four of their last six games.

They remain in the middle of the pack of the Bay Valley division with a 2-1 conference record.

The Mustangs’ next home game is against Solano Community College, Saturday, March 9, at 1 p.m.