A journey in stoicism 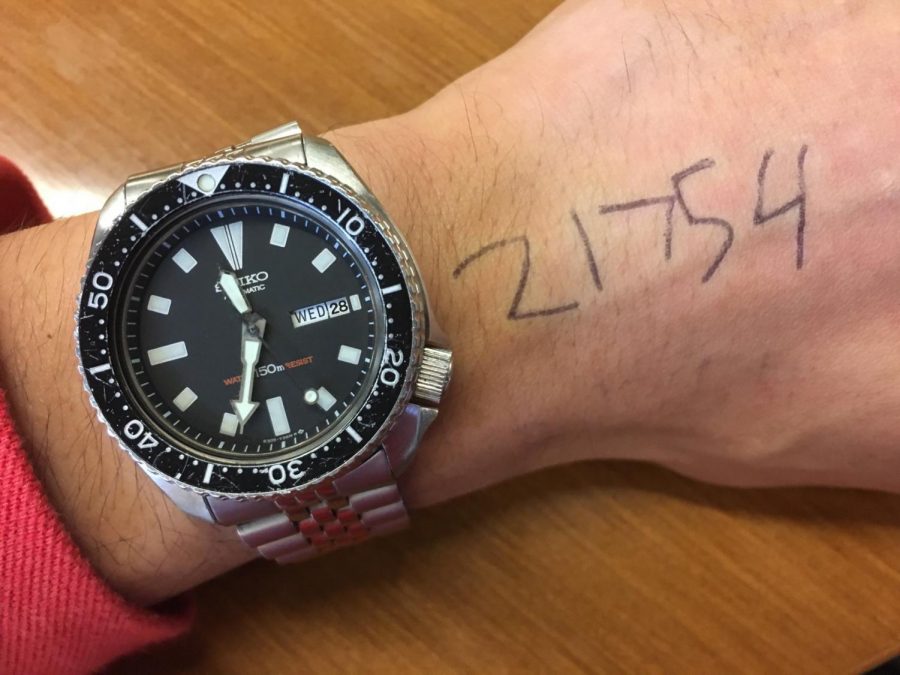 Life is noisy. If this year means anything for me, it’s appreciating that as much as I tend to overanalyze and over-plan things, there are some things I just can’t calculate for. For everything else, there is stoicism.

The modern definition of “stoic” means being indifferent to emotions, but the ancient Greek stoic teachings are much more than that. One of their main ideas is to be free of suffering through peace of mind, where what we feel, and what causes us to feel that way, are examined in context of a person’s life and place in the world. By having clear judgement and maintaining balance during life’s ups and downs, a person can be more at peace.

This has been a pivotal year for me. Prior to this semester, I spent a year away from LMC for an Army Reserve assignment. This was work I couldn’t turn down, not only because of the intellectual satisfaction, but also the chance to get away from a home I was frustrated with.

For several months I had my own place and did work that influenced foreign policy. I took great pride in that at 21 years young. After that assignment ended, I travelled solo overseas, settled into a new career for my civilian life, promoted to Sergeant, cut down my alcohol consumption, and started a relationship that brings great joy to my life.

This year also had a lot of stress. I had to plan my life around military orders that didn’t have dates until the last minute. I also experienced burnout in my work after experiencing the daily drudgery and deadlines for enough time. In trying to separate my personal and work lives, I became even more stressed with the different personalities I was putting on to different people. And after some realizations I had away from school, I changed my major when I was close to completion. I stressed out seeing not only my classmates but also my younger siblings complete college faster and move on, knowing I’d spend another two years at LMC.

At times, this semester has felt like starting over at square one. And of course, being in a relationship isn’t as lovey-dovey as the movies make it out to be. We’ve had our arguments, and many were over issues I started.

My journey in stoicism began with a quote by Seneca: “You live as if you were destined to live forever, no thought of your frailty ever enters your head, of how much time has already gone by yet you take no heed. You squander time as if you drew from a full and abundant supply, though all the while that day which you pursue on some person or thing is perhaps your last.”

This was more than a wake-up call, it was a slap in the face. Seneca is right. Time is the most precious resource we have.

It’s also the most imprisoning.

We can always make more money, but we cannot make more time. At the end of our lives, we are left with a bill for the time we’ve spent, and the jobs we worked at will never have paid enough to buy more time. I, and most other people are willing to bet, predominantly think about life in terms of money. Seneca says we are wrong: we should be thinking about it in terms of time and our own mortality.

I got a copy of Seneca’s treatise “On the Shortness of Life.” Ultimately, his message is that, “Life, if well lived, is long enough.” The speed of the modern world, combined with the endless sources of distraction, sucks away our time while heaping on more and more tasks. We are pressured to have it all and do it all.

Nobody likes compromising, but it’s necessary in order to allocate our time to what matters to us. Our culture pressures us to change the world by moving mountains, but the best change comes from tending to our own small gardens at home.

We weren’t meant to be workaholics in a soulless job we hate and call it a career. We also weren’t meant to spend our lives wasting away on a faraway beach sipping margaritas. And we certainly weren’t meant to piss it away scrolling on Instagram (note to self!). Seneca teaches that the way to fulfillment is to do meaningful work with meaningful people, whatever and whomever they may be. This will take time (ironically) to discover for ourselves, but it’s part of everyone’s journey.

As a nerd and analyst, I’ve let my tendency to overanalyze things bleed into many aspects of my life. Applying Seneca’s lessons taught me that not every little issue will have grand implications for my future life. Likewise, my tendency to over-plan for the future has also caused some issues. My thoughts regarding the change from my originally planned career, comparing myself to others, is what caused me stress, not the change of career itself.

A quick understanding of chaos theory shows there are many things we just can’t plan for. Life has too many variables to do so, as much as we’d like to deny that. An airplane doesn’t fly to its destination in a straight line. It gets to a pre-planned destination from making one-degree adjustments throughout the flight.

The best we can do is live life with gratitude for the present and take these crosswinds day by day as we make our own one-degree adjustments. One of the principles of stoicism is we cannot change things outside of our control, but we can control our responses to them.

Breathe. Recognize your emotions. And let them pass.

I love economics and finance, but it took me 22 years of living to realize time is the most valuable commodity, not the dollar or Euro or whatever securities are being traded in the markets. I am making every effort to move forward with this in mind. A lot of the worrying I put on myself, I didn’t need to have.

While we are postponing what we want to do in favor of the more urgent things, life speeds by, says Seneca. Figure out what in your life will be worth it in the long run, over the cascade of little things that bombard our days, and prioritize that.

Oh, and along the way, don’t forget to laugh. “No one is laughable who laughs at himself.”