Not so great outside the ring 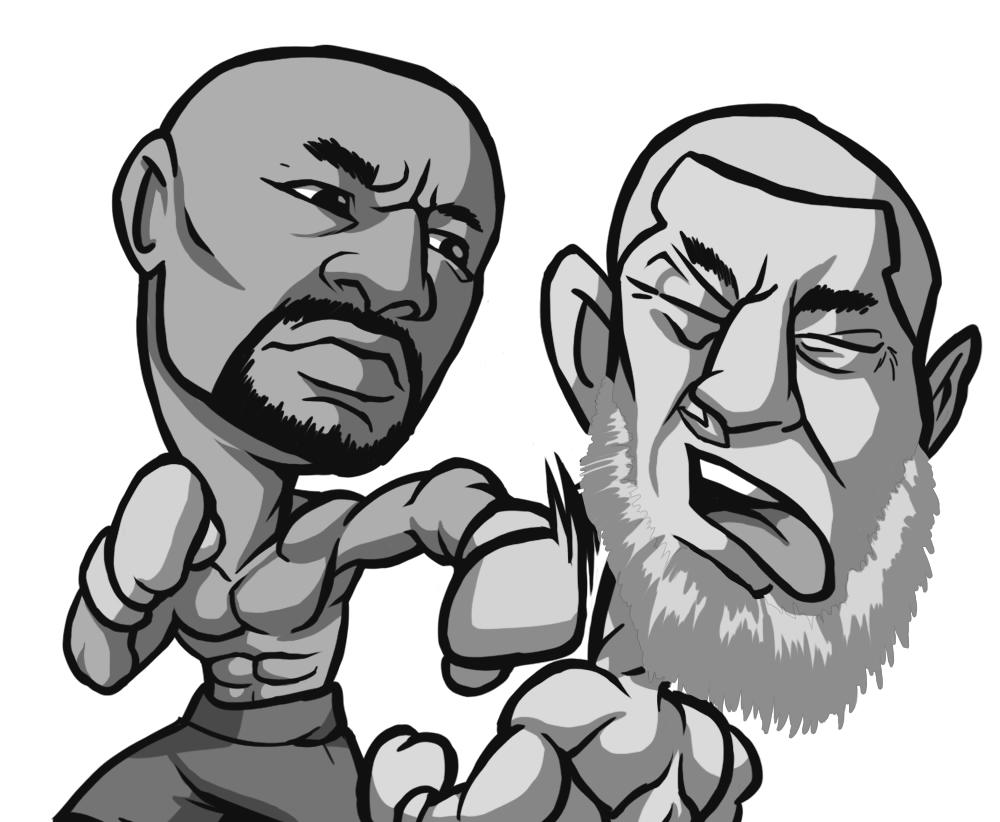 Thousands nationwide paid for — or bootlegged — the historical boxing match between Floyd “Money” Mayweather and Conor “The Notorious” McGregor last weekend and naturally, sides were taken in one of the most polarizing fights in recent history.

However, in the midst of all the reactions leading up to and following the fight, no one seems to have the opinion that hey, maybe we shouldn’t be rooting for either fighter.

During the first leg of the promotional tour for the fight, McGregor taunted Mayweather saying, “dance for me boy.” For the uninitiated, “boy” was a word often used to condescend and intimidate black men during slavery and the Jim Crow era. Later, when asked about his comments, McGregor denied being racist as one does and said, “Do they not know I’m half black? Yeah, I’m half black from the waist down.” He is not and the “big penis” stereotype has been historically used to fetishize and objectify black men. He then proceeded to wiggle his torso saying, “Here’s a little present for my black, beautiful female fans.” Yikes. Then things got even worse.

During an interview with Jimmy Kimmel, McGregor was asked by Kimmel’s sidekick Guillermo, “who would win in a fight, him or Rocky III”? He responded saying, “Was that the one in the celebrity gym? I can’t remember if that’s the one with the dancing monkeys or not.”

C’mon man. Even if you didn’t comprehend the historical context around the previous incidents, surely you must know about the offensiveness of equating black people to monkey’s … right? He then tried to clean it up, saying he meant the gym was built like a circus but the damage was already done.

And comments like this aren’t the first time he’s been called out.  In 2016, he referred to fighter Nate Diaz as “a cholo gangster from the hood.” This caused many to take to social media, and condemn McGregor causing further tension between fans of both fighters.

These would fall under the category of “microagressions.” However, racism is racism and shouldn’t you know better?

Boxing has always been one of those sports in which fans tend to be separated by race, ethnicity and heritage but it’s usually the fans of the sport that put emphasis on these differences — it should never be the athletes themselves.

But Mayweather isn’t out of the hot seat. He has a lengthy history rife with domestic violence and assault charges.

In 2001, Mayweather plead guilty to two counts of domestic violence. In 2003, he was charged with misdemeanor battery for a brawl that broke out in a nightclub in Las Vegas. In December of 2011, he plead guilty to one count of misdemeanor battery and plead no contest two counts of harassment against his wife after hitting her in front of their children.

Also, during a joint interview in mid-July, Mayweather referred to McGregor a derogatory name for gay people though he apologized.  This has come up throughout his career and was most noted in 2015 before another highly anticipated fight against Manny Pacquiao. Oddly enough, it was just as hard to root for either party in that fight as well considering Pacquiao’s documented history of homophobia and infidelity.

Look, Mayweather has an impressive 50-0 career of which he is ending his career on. McGregor went 10 rounds with one of the greatest boxers to date. I understand that these are two great athletes in terms of ability. But neither of them are particularly good people.

Pick a different boxer to Stan, preferably one without a history of bigotry.