Kaepernick kneels for a good cause 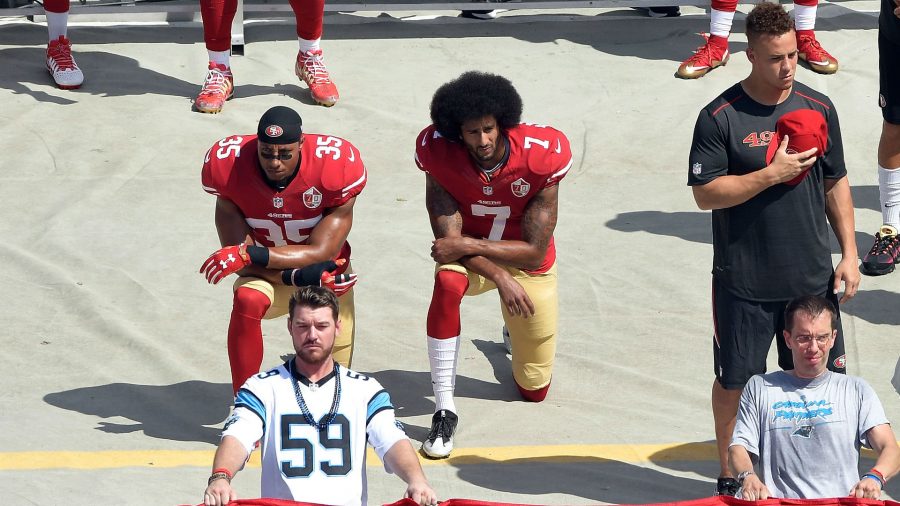 As a student at LMC, I feel like I am able to share my opinion about various subjects.  The subject I would like to bring to attention is Kaepernick kneeling during the national anthem before each game.
Now I personally see this is a great movement but most people are confused about the message of the movement. This is not to disrespect the flag or our country, but to inform others that we need to tend to the real and current problems America is facing. Those problems regard racism in the United States and police brutality, as I am sure you are aware of.
The United States needs to understand that the message of kneeling during the national anthem is to recognize the fact we could love and respect a country that does not love and respect people of color back. This country is unfortunately still semi-controlled by racism and this movement is a stance against it.
Unfortunately, ignorant Americans just see it as disrespectful and do not want to acknowledge the fact that people are not treated fairly while also being killed in a country by the people who are supposed to keep us safe.
Marshawn Lynch, the now-retired Seahawks running back, even stated, “If you do not support the movement or are against it, then you are racist.” This is true on so many levels. Anybody who is against trying to get rid of the racial violence in America is racist and is OK with how we are today — which is sad.
I agree with Kaepernick’s movement fully and hopefully the rest of America realizes we need to change what’s really important in our country, because what’s the point of standing for a flag that represents freedom when the people who are standing aren’t free?