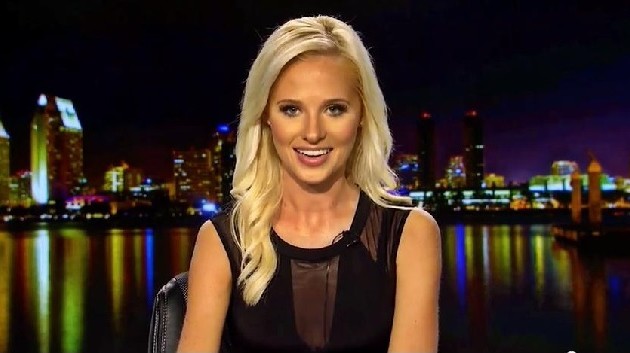 San Francisco 49ers quarterback Colin Kaepernick ignited a media firestorm Aug. 26 after he refused to stand in observance of the national anthem prior to a preseason game versus the Green Bay Packers in front of more than 70,000 attendants.

“I am not going to stand up to show pride in a flag for a country that oppresses black people and people of color,” he said after the game in an interview with NFL Media.

Following the demonstration of protest against police brutality and oppression against minorities, seemingly the entirety of conservative America turned against the footballer.

Within minutes, word spread across the nation of the former star’s peaceful protest. It was not long before TV programs such as “Tomi” chimed in.

On the show, host Tomi Lahren used the last minutes of her show, imaginatively titled “Final Thoughts,” to “shred” Kaepernick’s decision to show disdain for the state of the police force and its recent troubles with the American public.

During the rant, Lahren viciously attacked Kaepernick for his chosen avenue of expression. That is all well and good. People have freedom of speech in this country.

It’s not how she spoke, but what she said that is the issue. Lahren blasted the quarterback for reportedly blaming white people. She indicates that he blames white America for the problems experienced by people of color. At the same time, she infers our country’s black leaders are to blame for issues facing black citizens.

At this point, she calls him a racist for his demonstration.

This is a problem. In her deluded rant, in which she tries to defend America’s honor, she makes terrible assumptions.

She assumes he is talking about white people being the monsters. She assumes all black people blame all white people for their problems. But most worrisome of all, she assumes it is her civic duty to defend the white race.

Not once in his statements did Kaepernick single out white people. The word “white” never escaped his lips.

Lahren pits the races against each other. Ironically, this is the same issue Kaepernick is trying to mend.

His actions, albeit not executed well, spoke to a truer purpose. A purpose that, if achieved, would leave us a country of one race, the human race. As it stands now, we are a divided people.

Larhen’s narrow-minded, ignorance-fueled exposition only accomplishes one thing. It fuels racism. It fuels the trend of an ill-informed public judging an entire race of people based on one group’s opinion. It fuels hatred for people of color based on bigoted misinformation. It further decreases my hope for humanity in that there will never, ever be a time when people are not judged solely by the color of their skin.

But what it truly does, is squash attempts to right the longstanding wrongs perpetrated by small-minded, hateful and scared people terrified of losing a meaningless power.

It leaves me thinking there is no hope for us. No hope that, at some point, quarterbacks, among others, won’t be criticized for trying to speak out.

Without hope, there is no trying. It is not acceptable that oppressed people sit idly by while those who have a constructed power use them, abuse them and then kill them, quite literally.