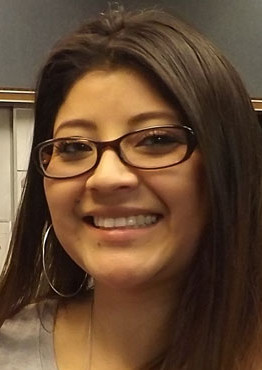 Love knows no gender. I find this statement to be 100% true. I know every person is entitled to their own opinion, but it baffles me that people think they deserve to have an opinion on someone else’s life and whom they love. I for one do not think same-sex couples in any way directly affect me or, the way I live my life. If anything it makes me happy because I know people are getting closer to being treated equal like everyone else. Same-sex couples should have the right to be happy and I wish more people viewed it like this.

Those who oppose same-sex marriage often argue that marriage is a union between a man and a woman and anything else is just wrong.

They claim that same-sex marriage would destroy the sanctity of marriage and is unconstitutional. The last time I checked the declaration of independence states that life, liberty and the pursuit of happiness are the rights that we all have. This foundation of our government was established so there is no questions about our rights as American people.

I am so sick of people saying that it ruins the sanctity of marriage, but that has already been ruined. Many celebrities get married and then divorce shortly after and this also applies to non-celebrity marriages.

From what I have seen, there are many homosexual couples that have been in committed relationships for years, yet some heterosexual couples can’t do the same. Just put yourself in their shoes and think of how you would feel to have your rights taken from you. I think about this all the time and it makes me sad that people have to deal with this issue.

Allowing same-sex marriage is more than just a piece of paper. It allows them to have the legal benefits that they deserve and work hard for. This year I was able to attend a same-sex wedding and I was so happy that I was able to be part of such a wonderful union between two women and to see both sides of their family and friends there to show their love and support.

I was shocked when I read an article about a new law that was established in Nigeria that banned same-sex marriages and threatens up to a 10-year prison sentence for those who don’t abide by this law.

To me, this has gone way too far. How can you throw someone in jail and for 10 years for marrying someone they love. I can never see this happening in the states, but it just makes me think how far some people are willing to go with this subject just because they don’t understand it.

This law bans public displays of affection between people of the same-sex, outlaws gay support organizations, and makes it illegal for gay groups to meet. Um, what? I know this is going on in another country but this is extreme and disturbing to hear.

So far 17 states allow same-sex marriages and I feel more states will follow. I know I may not be able to change people’s opinion on this topic and I don’t intend to, but what if you were told that you couldn’t marry the person you love, will you then feel indifferent towards same-sex marriages? This is an issue that in some states don’t allow certain couples to get married. People have to fight for this right to marry their partners.

I hope that someday all the states can recognize same-sex marriage for what it is, a union between two people who love each other and nothing more.