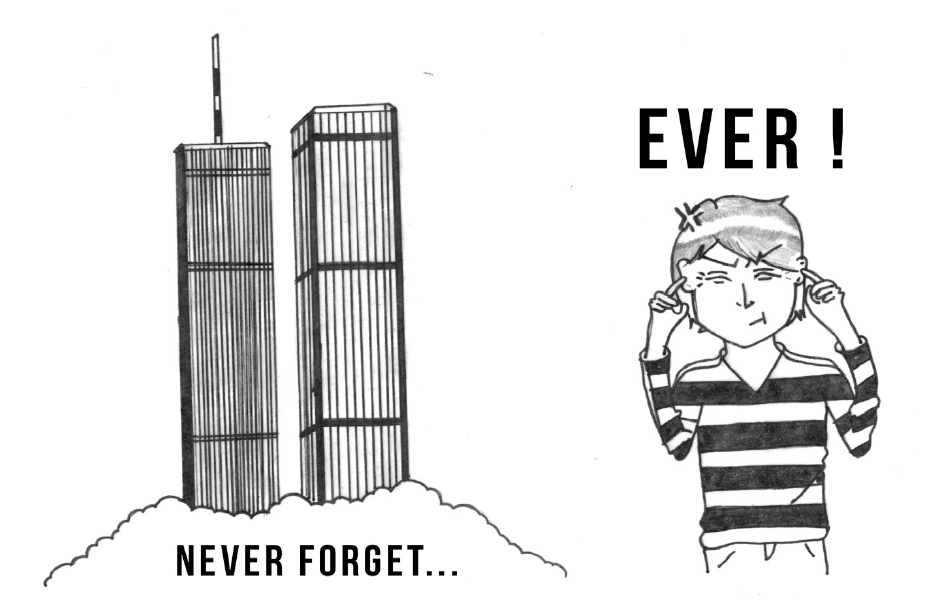 Where were you? It is a question, which too many generations of citizens of the United States and most likely all nations experience. A question, which most people can answer… perhaps with a pause and a look of sadness as their mind travels back.

Where were you when you learned of the September 11, 2001 attacks?

There are so many tragic events, which can be culled from the years.

On August 24, 1814, the White House was burned during the war of 1812 and Dolley Madison, the wife of President James Madison, saved a portrait of George Washington.

It is from this same war that Francis Scott Keys was inspired to write the poem, which became the National Anthem during the British assault on Fort McHenry.

He saw a battle worn flag marred by smoke which still stood during the early morning light.

Twelve years later, the sun will again cast its golden glow over the place where the Twin Towers once stood as it will over the places where each of these tragedies occurred. It shines on the places where people rushed in to help. Where ordinary people became heroes like those on Flight 93 who gave their own lives to prevent others from suffering.

How do we honor these people? How do we keep going on with the knowledge more senseless acts of brutality are likely to occur both here and abroad?

We can hope to do better and to be kinder. To in some small way help lift up others, and show we care if we happen to know anyone who has suffered from these tragedies. We can vote and seek after leaders who will seek for a way for our country to stand more united in peace with other nations of the world. We can hope for bridges of understanding to be built.

What we should not do is play lip service or wave a flag and believe it is enough. We should not let freedoms simply be stripped away in the guise of protecting them.

May the future be brighter and if the world knows another day of darkness then let it brightened once more and like Dolley Madison in a moment of tragedy may we find something we believe is truly worth saving and may it be so.