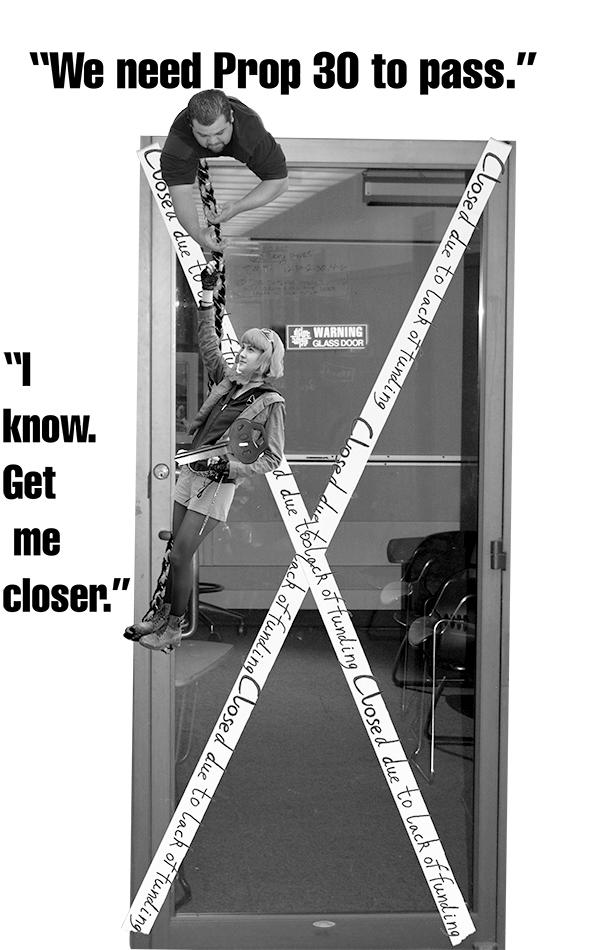 One of the most defining pieces of writing in the United States of America is the Gettysburg Address, delivered by Abraham Lincoln November 19, 1863. At its core is the importance of voting to maintain the American ideal of “government for the people by the people.” Who can vote has evolved along with our nation, but the right and need to be informed in voting has been maintained through the decades by notable individuals like Fredric Douglas, Abigail Adams, Sojurner Truth, Susan B. Anthony, Martin Luther King Jr. and Cesar Chavez.

Everyone should have their own heroes to inspire them to vote, so it becomes something more than a dull civic duty, but an action that honors heroes who fought to give this right to all Americans. When American citizens do not exercise their voting powers they undermine the enormous sacrifice their founders gave to ensure future generations would have voting rights, instead of privileges enjoyed by a select few.

The Los Medanos College Experience student staff has worked to educate themselves on the issues facing all LMC students on Nov. 6. Our goal is to inform our readers in the most unbiased manner we can. We have worked to share our perspectives on upcoming issues to serve as a beginning point of discussion and personal reflection for LMC students and the surrounding community, for whom these issues are the most relevant. Our picks represent hours of research and discussion not only within our staff, but also with other members of the LMC community and beyond.

From Political Science Professor David Zimny we learned that laws, which may be imperfect when first put upon the books, can be refined to allow growth or contracts to better match the needs of society. However this does not always work, so seriously flawed laws should never be passed. He also explained our state’s propositions can only be altered by the passage of new state propositions. In the past, Zimny has stated if a voter does not believe they are sufficiently informed on an issue it is better to leave it blank. We strongly second this opinion because in some instances a “no” vote can actually mean the proposition will go into effect and a “yes” vote will block it.

We have used voter informational sites like m.smartvoter.org and ballotpedia.org along with materials released by the county clerk’s office, and considered arguments by proponents and opponents of initiatives and candidates.

We encourage all voters to conduct their own research and then vote according to their personal beliefs. By doing so you honor the sacrifices made by others to ensure your right vote – on Nov. 6 exercise it if you are registered, but if you are not, register before the next election and have a say in your future.