Richard Livingston: Gone but not forgotten 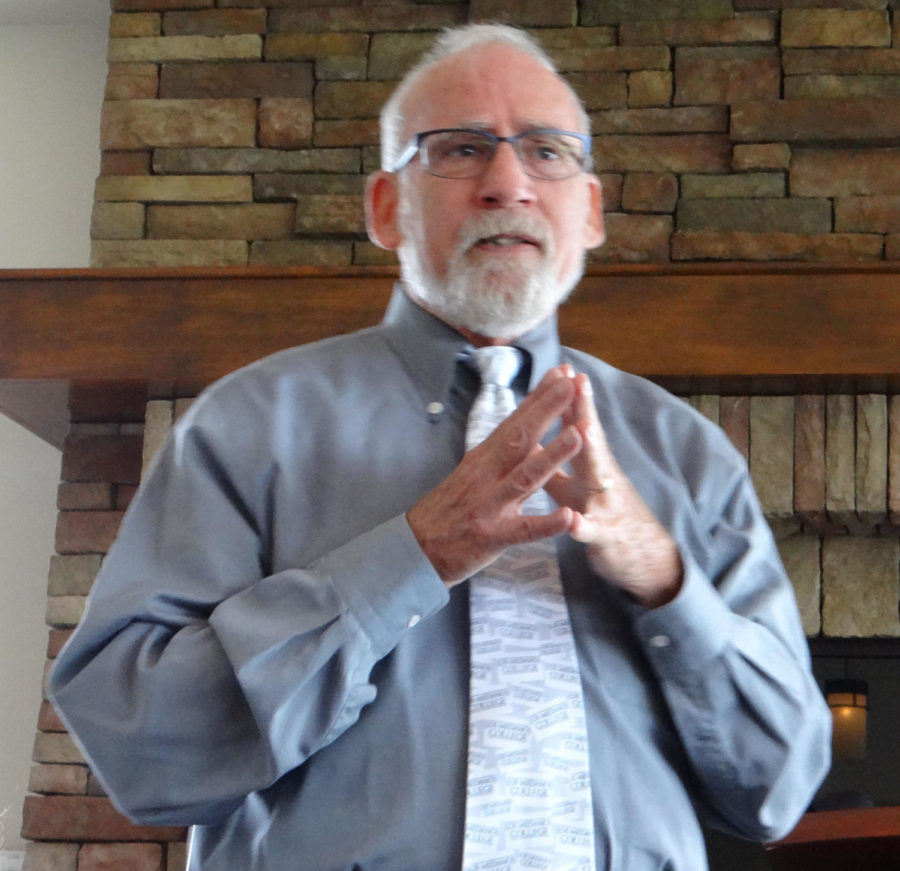 Richard Livingston addresses attendees at his retirement luncheon, May 5, 2013.

A founding faculty member of Los Medanos College and equally important community member Richard Livingston died Monday, Nov. 8. Livingston’s career at LMC that spanned over 39 years was hallmarked with a variety of stellar accomplishments and groundbreaking efforts of progress.

LMC President Bob Kratovil informed staff of Livingston’s passing via email on Nov. 9, citing Livingston as an invaluable part of the college’s history,

“Over his 39-year career, Richard’s expertise, wisdom, commitment to students, and passion for learning earned him the respect of everyone with whom he worked.  Many consider Richard to have been the heart and soul of the College.  His incredible dedication to LMC was always second-to-none.  Richard’s legacy and impact on Los Medanos College continues today, and will endure forever.”

Livingston began his career teaching at LMC, before he was asked to take up the mantle of Dean of Instruction. Livingston later served as an interim president for the college for two years. He would then go on to become the Senior Dean of Instruction before retiring in 2016. Even after retiring, Livingston would continue to teach part-time for three years.

Livingston is also credited as being a founder of the LMC journalism program, mentoring the current instructor Cindy McGrath, as well as decades of students that were able to work with him. Because of his dedication to students, the LMC Academic Senate is creating an award in his honor called the Richard Livingston Students Come First Award.

While Livingston was adored and respected by many students he had taught over his long career, his peers also admired him greatly. Ken Alexander, a professor at LMC, worked alongside Livingston throughout his career, and above all, admired his integrity.

“Richard Livingston was ‘a decent man.’ This sounds like a cliché, but in my experience, such integrity is a rather rare phenomenon. He was a role model to respect, admire and emulate for all of us who had the privilege of working for him and with him. His contribution to LMC, administrators, faculty, staff, and students will not be matched or forgotten anytime soon,” said Alexander.

Livingston’s character was an important part of what made him such a strong pillar of the campus, and LMC professor Kurt Crowder valued it immensely.

“He had a lot of high-powered positions, including Senior Dean of Instruction and Interim President, but he was a humble man.  He would pick up trash in the hallway.  It’s just a little thing, but it spoke to the character of the man.  He never considered himself to be ‘too good’ to do whatever needed to be done to help the LMC community,” said Crowder.

Crowder also observed that Livingston was a fantastic leader, and that he would inspire those around him.

“He was kind and compassionate and cared deeply about the students and the college staff.  His door was always open whenever I needed advice or help with a problem.  Richard would praise us in public and only give suggestions for improvement in private.  He would read my reports and then send me notes saying what he liked about them.  He loved LMC, the students and the staff,” said Crowder.

The memorial for Livingston will be held on Jan. 8, 2022 at 1 p.m. at the LMC Student Union Conference Center. His family asks for donations to the established Richard Livingston Scholarship through the Los Medanos College Foundation.