Lake soon to be clean 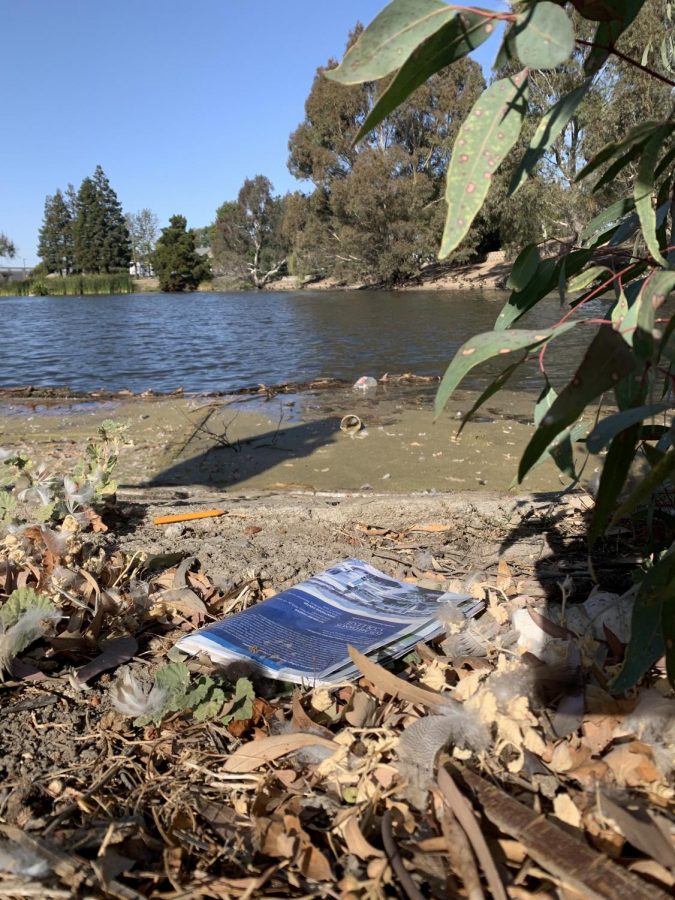 In order to combat littering on campus, the Los Medanos College Rotaract club has decided to partner with the custodial staff to organize a lake cleanup on Dec. 6 from 9  to 11 a.m.

“The cleanup will be open to all students and we will be putting up flyers around campus to get the word out for all who would like to help,” said Rotaract club President Gabreille Grandchamp.

After reaching out to the head of LMC custodial staff, Grandchamp had determined that the largest deficit in campus cleanliness is the perimeter of the lake, as opposed to any other area on the Pittsburg campus.

Furthermore, the lake, which is located behind the Child Study Center on campus, is open to students, faculty and the Pittsburg community as a whole. The large number of individuals that frequent the area or walk around the two, one-mile paths surrounding the nine-acre lake, have increased the likelihood of littering instances occurring more often.

The excess trash not only negatively affects the physical environment surrounding the lake, but also negatively impacts the animals that call that area home.

The geese that reside at the lake have already habituated to human behavior and are thus more likely to go up to a human’s trash and investigate. In order to prevent further harm to these animals, the best solution is cleaning up any and all trash surrounding the lake.

“Our goal is to pick up all of the trash from the perimeter of the lake to improve the area,” said Rotary Adviser, Milanka Schneiderman.

The lake clean up event is open to the LMC community, and Rotaract is looking for students or clubs who may be interested in partnering with them during the event. If you are interested in participating in the event, make sure to meet in front of the Child Study Center at 9 a.m. on Dec. 9. All bags, gloves and other supplies will be provided upon attendance by the custodial staff.

For more information about the cleanup, or the Rotaract Club itself, please contact [email protected]