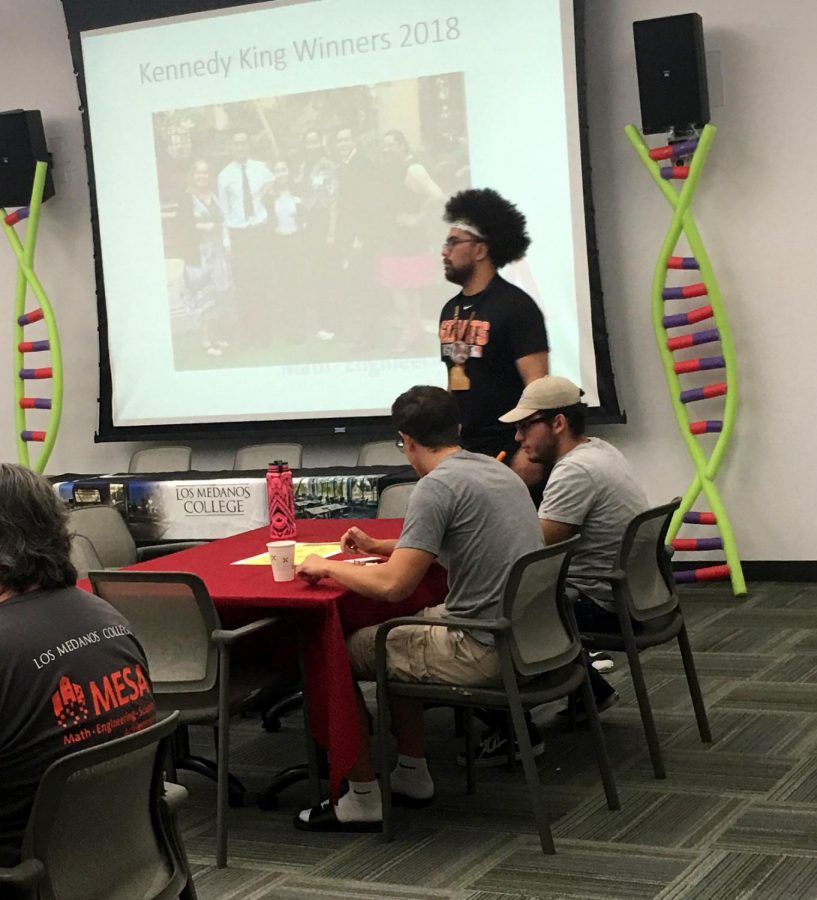 Dedicated to providing academic support to students, MESA is one of the most successful Science, Technology, Engineering, and Math (STEM) programs in California and is the model for programs in more than a dozen states.

The program has been deemed among the top five most innovative public programs in the nation by Innovations in American Government, an initiative of the Ford Foundation, the Kennedy School of Government at Harvard University, and the Council for Excellence in Government.

MESA has received praise for working with underprivileged minority youths. For instance MESA served as a model for Hewlett-Packard for its Diversity in Engineering Program, a national grant initiative to academically prepare more underrepresented minority students at community colleges, so they can successfully transfer to four-year institutions as engineering and computer science majors.

“The program started off small with some donor money, now it has grown to 500 plus students and have institutionalized positions and an endowed grant from the Community College Chancellor’s office,” said MESA Director Nicole Trager, explaining how the program began on campus and the success it has had during the past 10 years.

The event featured an award ceremony for both the founders and Alumni, of the MESA program. The reward recipients showed appreciation for the opportunity to be involved with the program.

“I think it’s a highlight of my career to work for a program like this,” said Marie Cartwright, one of the award recipients.

“Being here fills my heart so much,” said award recipient Carol Hernandez. ‘’Programs like this are why I got into education.”

Many of the award-recipients shared anecdotes concerning their experience with MESA and how the program has improved the lives of them or the students they know.

The event featured special guests and speakers, including the President of LMC, Bob Kratochvil, and the Mayor of Pittsburg, Juan Antonio Banales.

“I definitely appreciate programs like MESA” said Mayor Banales, explaining his thoughts about the program and the celebration. ‘’It’s an incredible milestone to achieve ten years.”

Many of the attendees expressed appreciation for the program, as well as satisfaction with the event.

“It pushed me to new heights,” said Zachary Low, an Alumni of MESA. ‘’I would definitely be back for the 15th [anniversary].”

This program helps students discover their passion in STEM-based majors and is creating a family within the program.

“I was impressed with the success stories,” said OC Hayes, explaining that, although he’s not a member, he is considering joining the program.

If you desire more information about the celebration please call (925) 473-7685 or email [email protected] for more questions.