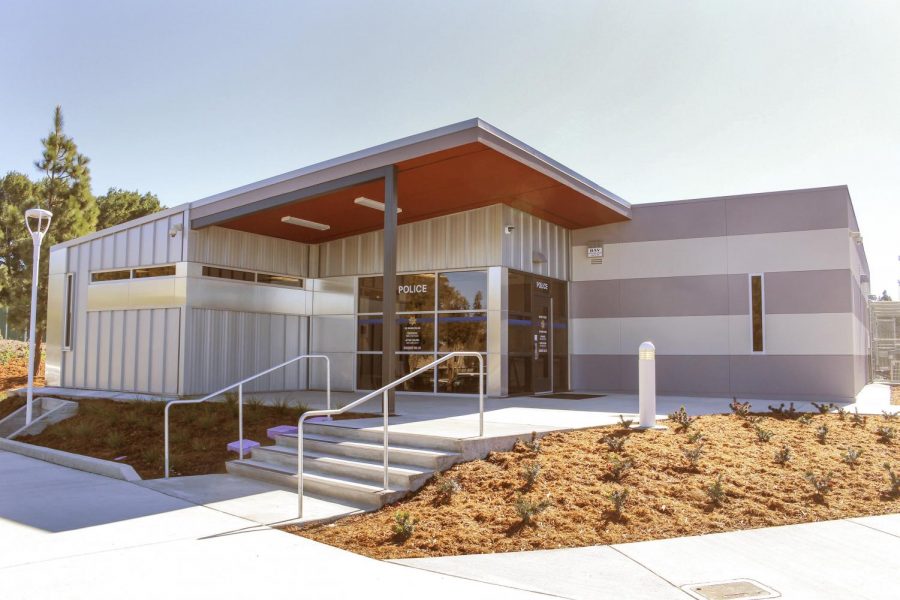 Police Services is now located in front of Lot A to the right of the Library.

Police Services found a new home over the break, moving from the bottom level of the college complex to a new building facing Lot A. The move was made shortly after the finishing touches of construction came to a close. Some construction is still pending but the move has made all the difference.

From both a visibility and tactical perspective, the new building has been a big help.

“Where they were housed down stairs didn’t allow a lot of visibility for them first of all, but convenience for students and visitors,” said President Bob Kratochvil.

Now, students and staff can more easily find the station as it’s at the focal point of campus and the location also helps for a better response time.

“We have gotten overwhelming feedback from the public that the location of this building serves our community way better than our old station did,” said Senior Traffic Officer Mike Hotton.

With the Science building and the Library to the side of it and the gym behind it, Police Services now have better access to some of the busiest areas on campus.

“Tactically we’re at a much better advantage here,” said Hotton. “There’s a much broader view of what’s in front of us when we leave the building front and back.”

The project turned out to be relatively cheap overall. Contra Costa College was also in need of a new Police Services building and so the district designed the two structures simultaneously to save money.

Another money-saving tactic was the modular construction of the building. The building was constructed in part off-site in Bakersfield and then transported and reconstructed on site. However, though the building was far more efficient, it wasn’t as quick as they had expected due to an array of issues.

Vice President of Business and Administrative Services Alex Porter oversaw the building management of the project. He’d hoped to move Police services into the building in October of 2018, but ended up pushing the move in date to January.

“The delays were attributable to a combination of weather, scheduling material delivery/installations with sub-contractors, and insuring our sidewalk modifications in front of the structure were complete,” said Porter.

Fortunately, the delay was to their benefit. As Hotton pointed out, by moving at the beginning of the spring semester rather than the end of fall they avoided disrupting student life and began with a fresh start.

There are plans for an official opening ceremony for the building in the future said President Bob Kratochvil. Additional plans are also in the works for how the old space will be used. For now though, Police Services is taking time to settle in and put the finishing touches on their new home.