Counselor shaped by her family’s past

Watkins reflects on her family's struggle with racism 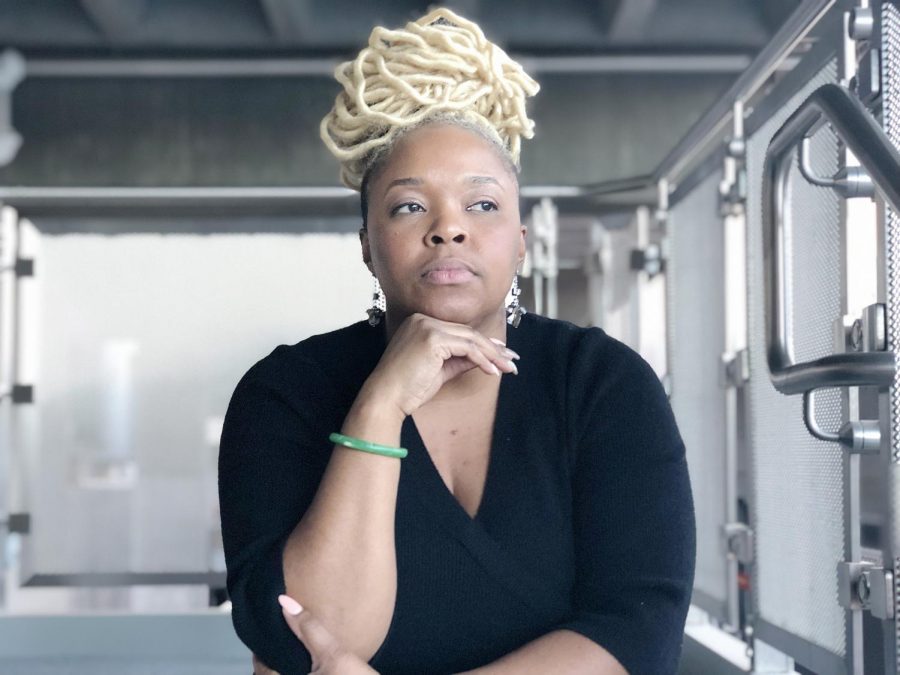 “I was called the N word in second grade and I didn’t know what it meant at the time,” said Los Medanos College Counselor Faith Watkins as she remembered her first experience with racism. “The boy who called me it said it with such anger and aggression and I knew something wasn’t right about it.”

As a child born to parents who were born in the 1940s Watkins’ parents has molded her into the woman she is today. Her parents were both from Mississippi and lived at a time when there was an excruciating amount of racial hysteria against anyone who didn’t have white skin.

“My mom could only go to movies on Sundays because that’s the only day when black people were able to go,” said Watkins of her parents’ experience.

Her father was from the small town of Raleigh and had witnessed actions of the Ku Klux Klan there. He was so affected by the multiple lynching’s he saw growing up that to this day he hasn’t worn jewelry around his neck since.

Both of her parents eventually made their way to California for work and for school. When her mother moved to Inglewood, she experienced true diversity for the first time.

“When she moved there she went to a restaurant for the first time of her life, I think she was 20, and it was her first experience going out to eat,” Watkins said.

Coming from a place where everyone looked like her, the exposure changed her mother’s perspective on different people and cultures. If it wasn’t for her grandmother who let her mother stay in California for seven years, her mother would have never had the experience.

“I’m thankful for my grandmother in how she raised her kids to always do more than her, and to not be afraid to explore the world,” said Watkins.

As the youngest of six siblings growing up in Oakland, Watkins didn’t have to deal with much racism. She grew up with kids from different backgrounds, which helped her be able to appreciate different cultures and religions as a young girl. She never saw color, she just saw people for who they were and didn’t focus on the color of their skin.

She has always been interested with people and wanted to lend a helping hand to those who were going through rough patches in their lives. She attended Southern University in Baton Rouge, Louisiana where she got a bachelor’s degree in social work and went on to get dual master’s degrees at Holy Names University.

“I went to school to work with people like families, prisoners, kids. I have always been a people person,” said Watkins.

After working in foster care for a while, Watkins decided she wanted to try something new. She had gotten an offer to work for the Umoja Scholars Program at LMC for one semester. When she was invited to the Winter Celebration to get a taste of what it would be like working with the program, she was hooked.

“At the celebration you could see how passionate the students were about the program,” said Watkins. “The students and everyone there were so positive, and I fell in love with it.”

Luckily the program fell in love with her as well, and she got an offer to work full time as a counselor and teacher. When it came to getting an education herself, Watkins didn’t have the support of her own teachers growing up.

“In my experience with K-12 I didn’t have much help. My parents paid money to put me in private school but I didn’t have much support,” she said. “A lot of African American students just don’t see themselves in education in a positive light.”

Watkins personally experienced the struggles of many African American kids going through the educational system. She wasn’t a fast learner so catching onto things quickly was difficult. She keeps her own struggle with education in mind when she works with students today.

“It’s easier to get the student that goes with the flow, the ones that are quick learners,” she said. “It’s more difficult to have someone who may be a little behind.”

That is why Watkins works so hard to help those who need an extra push to succeed in this educational system.

Though she tries to be there for all her students, Watkins admits it is a constant juggling act. Being a mother, wife, counselor and teacher she sometimes has difficulty finding enough time for it all.

“It’s a constant balancing act, and I can’t give 100 percent to everything,” she conceded.

That juggling act could break some people down, but Watkins knows that “you have to take time for yourself and take care of yourself first.”

Her ability to do that means she must dig deep to find the strength to lend a helping hand to those who need it. LMC sophomore Jada Layne had witnessed this dedication.

“I love how passionate she is about young black people being successful through education and life,” said Layne.