State of the back student disscussed 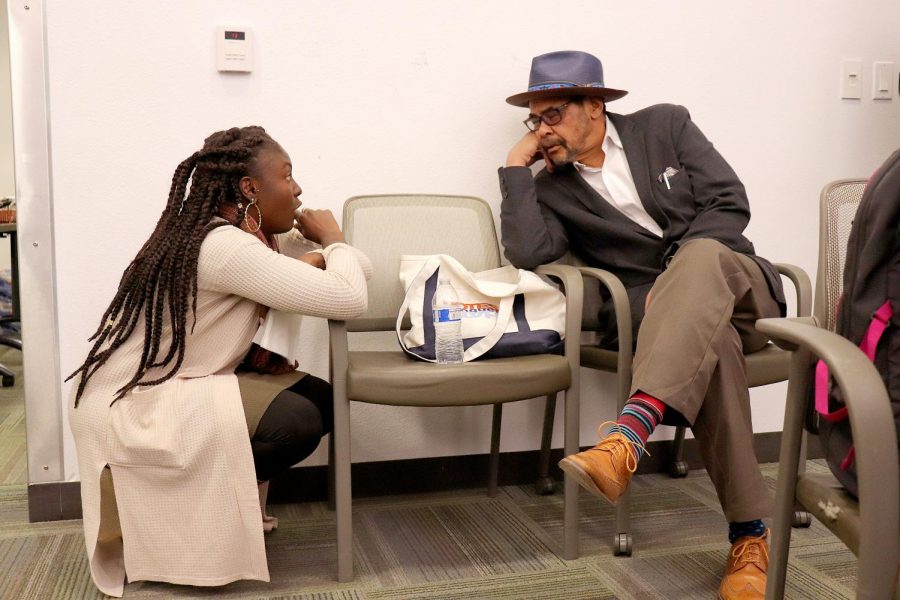 Students, faculty, and staff members gathered together Wednesday evening for a presentation and town hall style forum regarding the status of Black students at Los Medanos College led by T’Keyah Taylor of the Black Student Union.

The goal of the State of the Black Student town hall forum was to better receive ideas and find out what sorts of help students are in need of.

The forum, which began with a paid-for dinner, occurred after a presentation from Taylor who went over a few sets of data, and touched on some plans for the BSU.

According to the data presented by Taylor, which was compiled with the help of LMC Professor Scott Hubbard, Black students that were surveyed had nearly identical unit loads as the population’s average. Those same students’ grade point averages are more than a half a point lower than the 2.71 average and their course success rates are nine percent lower than the average student.Students were then asked to fill out a survey detailing how their experience at LMC has been.

LMC student and mother, Akeia Lloyd was in attendance to the event with her daughter.

“I feel like it’s a process of change,” said Lloyd, “I feel like a lot of the instructors have to be more open minded in order to meet everybody, not just a certain group of people.”

Lloyd seemed to specifically need more assistance outside of the classroom in areas other than the core subjects, but noted that many of the students in her group at the event have a hard enough time getting to class in general.

“I think tutoring should be done more by the teachers versus the students,” said Lloyd. “Actually really sitting down with that student, and seeing what actually do they need for that personal success.”

According to Lloyd, a way she sees the BSU offering more helpful assistance involves expanding to working with working outside of the union.

“I think we should go out to the community and reach out to those who don’t have support at home with attending college,” said Lloyd.

Taylor seemed to think similarly to what Lloyd brought up, honing in specifically on childcare.

“As a parent trying to navigate your way through school, you don’t want to feel like you have to stop going to school because you have nothing to do with your child,” said Taylor. “It’s a really discouraging feeling as a student.”

Taylor wants to make childcare available for students unable to take the childcare courses, hopes to improve the relationships among students and teachers, and assist the BSU students and students in general with getting better knowledge of the resources available to them on campus.

“While we might not be able to get the tutor, [together] we can definitely find the help within our community,” said Taylor.