Summer ends with a bash 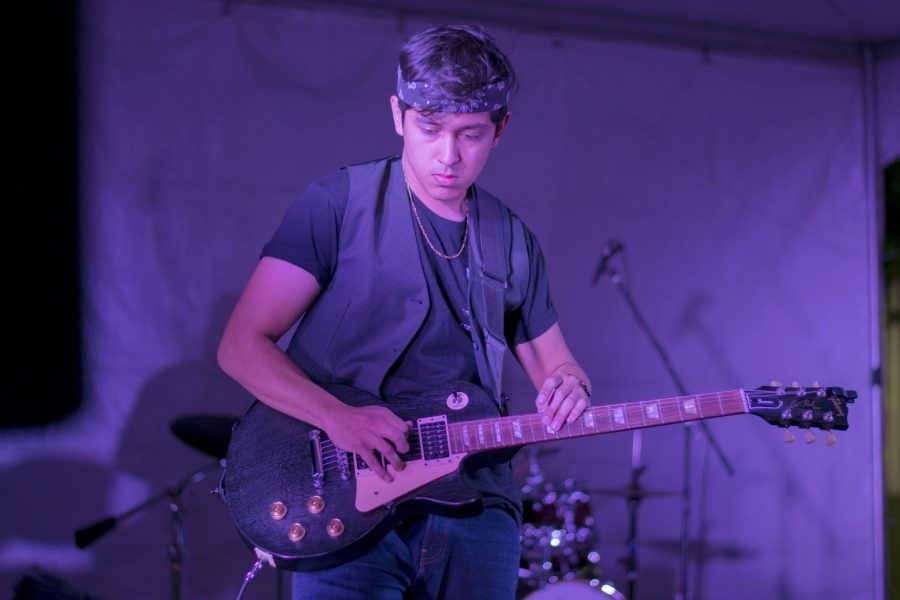 Bands native to California such as Serf and James, Fellow Fessel, String Raze and many more graced the stage, performing their latest tracks while interacting with the audience. The lineup featured more than 6 different bands to establish the vibe for the full 5 hours the free admission festival was active. Steele affirmed that this was intentional.

“We wanted to fit more bands in and a true festival wouldn’t be a festival if it wasn’t longer than a few hours,” said Steele.

To remedy the heat Student Life provided free water bottles and popcorn while clubs like United By Dreams sold chocolate bananas and chips called “Duros de harina”. A club on campus known as Puente sold burritos and had student representatives on standby to answer any questions about their club activities.

Aside from food items being sold, the Art Club painted expressive caricatures and Premier Designs had a beautiful assortment of jewelry for sale. A psychic was also present for those interested in gaining a stronger insight about their potential future, and massage crews attended the event to remedy any physical discomfort for a fee.

The event itself had an impressive turnout, establishing a true sense of community among the attendees interacting with the bandmates and students representing their clubs. Student Manny Jimenez detailed his experience visiting different clubs and enjoying the performances.

“The even gathered a lot of students and relatives of students,” said Jimenez. “The event was refreshing and with the sun setting making it intimate, with the stage, various bands and singers.”

The fact the festival was all-inclusive and did not require a ticket to attend created a socially open atmosphere, accompanied by music from local talent. Steele herself is in a band called the Jukebox Breakers and organized how the event would pan out in a creative manner. Director of Student Life Teresea Archaga mentioned her admiration for how well the festival worked out despite it never being done before.

“I definitely would like to see something like this possibly next year, the event turned out pretty well,” said Archaga.

Overall, the End of the Summer Bash was a creative way to fundraise for clubs through delicious delicacies and craft goods. And the bands that performed their original tracks contributed to the festival being a exhilarating spectacle to say the least.