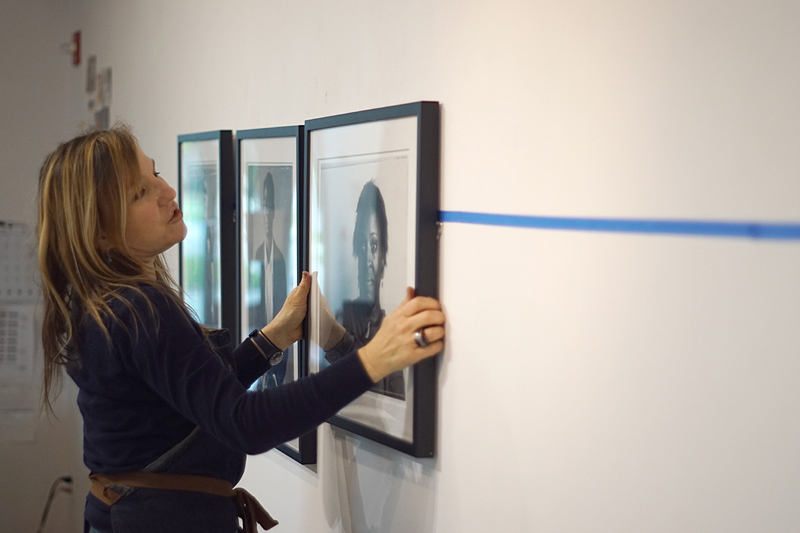 “The department has been wanting us to bring in a photographer for a while,” she said.

O’Connor has an MA in painting from UC Berkeley but has frequently worked within the medium of photography with an approach to portraits and architectures in the context of urban landscapes.

“This show is unusual for a couple of reasons,” she said. “First, since the gallery has two rooms, I decided to show both of the practices I have, calling the show “Double Space.” I have always taken portraits, and I have always done mixed media studio work.”

The works that will be displayed in the first room are AIDS Self-Portraits: portraits from 1990-1995 taken of HIV-positive clients from the Hormel LGBT Center collection as well as Creative Growth chalkboard Self-portraits: self-portraits taken of artists at her West Oakland studio.

The second room will display Painted Film Collage: a photographic mixed-media series of painted on film overlays, which shows the rapid redevelopment of the urban landscape in West Oakland.

“I became interested in the industrial buildings in the neighborhood,” O’Connor said regarding the mixed-media work. “They would often be covered in graffiti, then painted over by the landlords, then re-graffitied. The surfaces would begin to look like paintings, and the stark industrial architecture would serve as the canvas.”