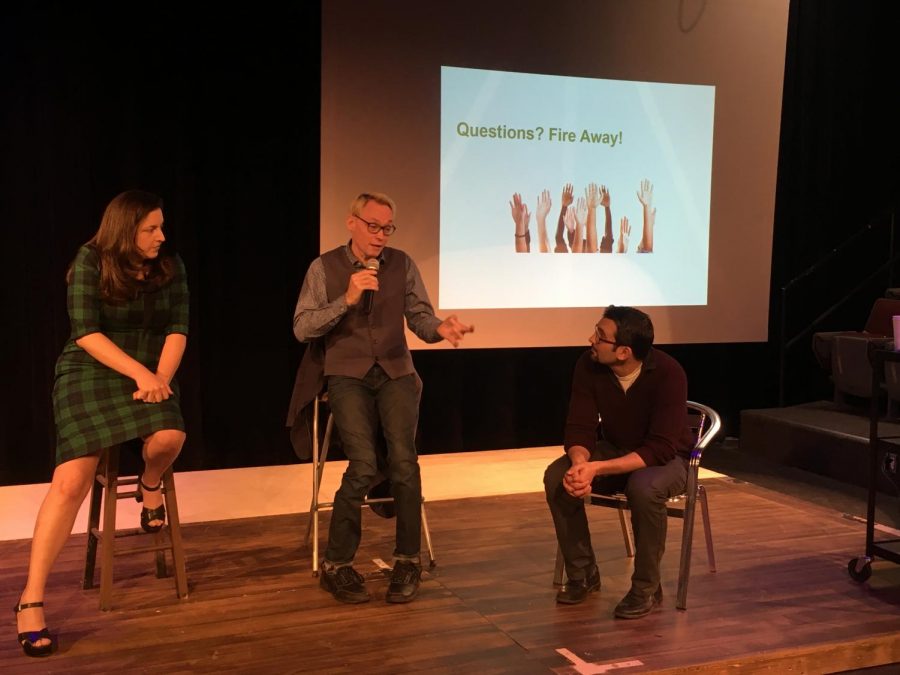 “People didn’t know how to explain the way I walked so they tried to hide it,” said Lawrence Carter-Long to a group of Los Medanos Students in the Little Theatre. Now the Director of Communications for Disability Rights and Education Defense Fund as well as a former Public Affairs Specialist for the National Council on Disability, Long used to hide his cerebral palsy but now celebrates and educates others on disabilities.

Before obtaining his long-term success, Long spent his youth dancing and participating in high school theatre — he explained that he wanted to fit in as much as he could. While he was passionate about the arts, he found that his directors did not know what roles to give to him due to his disability and so he was often made the “check-out boy” for the productions.

When Long did land on-stage roles that required him to run around the stage and in some cases, even purposely fall, he recalled that it shocked the audience because they weren’t sure if he was acting that way due to his character, or his present disability.

“They’d never seen it before so they didn’t know how to act,” said Long.

Due to his childhood worries about his disability and the ways in which people reacted to it, Long did not become involved with the disabled community until he was 35 years-old. Since becoming aware and comfortable with disability and the community around it, Long now emphasizes the importance of proper media coverage of disabilities so that people can be more aware.

Long believes that disability needs mainstream coverage in all outlets of media such as news, politics, fashion and sports. Though the universal coverage, Long believes that the large, and growing, community of disabled people in America can finally have a proper voice in the public platform.

The same principle of media coverage goes to movies as well: “You never saw disabled people together in movies,” said Long. He then explained that even when there are cases of disabled people in film, they are often played by non-disabled actors.

By expanding the coverage of disabled people, Long believes that people can become more aware and open to discussing and learning about disabilities.

“Cultivating a sense of curiosity is the best way to figure it out,” said Long, adding that every disability is different and that people should have open conversations about it without it. “Every case is different — it’s like a snowflake.”

Cerebral Palsy is “the obvious disability,” said Long, then describing how his disabilities are unique as well and that he also has depression and ADHD which many people are not aware of.

After coming to terms with his disabilities and becoming an advocate for discussing each case, Long hopes that people not only in the media, but in daily life can also recognize and understand disability as well.

“Why are we ignoring, erasing and diminishing disability?” he questioned, “It’s a conversation we need to be having and don’t do it enough.”