A day of mourning and action 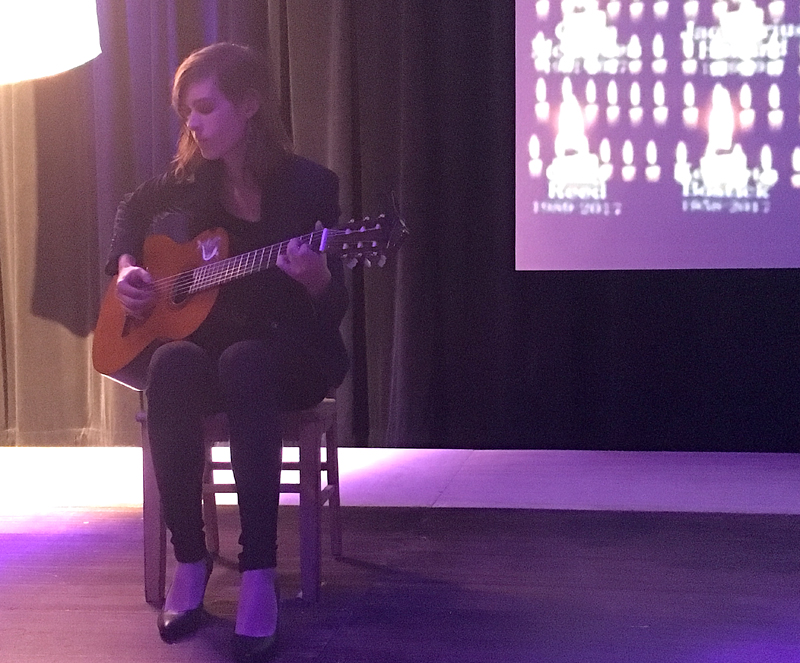 “It is important to remember the individuals who lost their lives to hate and reflect upon what causes the hate in order to find ways to organize against that prejudice and marginalization,” said Los Medanos College student Stephanie Lutz in regard to an event she hosted, held in observance of Transgender Day of Remembrance last Monday.

The event was meant to honor transgender individuals who were murdered not only in the United States, but also around the world. As of now, at least 25 people in the U.S. have been killed and 325 people have been murdered worldwide — not counting those who have fallen victim to suicide.

A majority of the event was dedicated to the memory of the deceased. Soft music played in the background as Lutz not only read the names of those who died, but acknowledged what they meant to their communities. On the screen behind her, candles went up for each person who’d lost their lives.

SACHE President Tammy Smith who attended the event said she appreciated the inclusion of those outside of the U.S. “I wholeheartedly appreciated seeing our international brothers and sisters included in this loving event,” she said. “We are all part of a global community and the loss of their lives is just as significant.”

During the event, Lutz also quickly defined gender identity, biological sex and orientation, emphasizing the importance of remembering the differences. She cited the book “Self Comes to Mind” by Antonio Damasio — a work that positively impacted her younger self. “It is an exploratory book that cross-discipline reaches to figure out what makes the self in your mind and where yourself is located,’ she said. “It impacted me greatly because I had always never known who I was and it made me eventually sit down to discover who I am.”

Toward the end of the event, there was a moment of silence. Stephanie then brought out her guitar to play a few songs dedicated to the victims.

“The event was incredibly moving and beautiful, I couldn’t help but cry as each name was so kindly and respectfully read by Stephanie,” said Smith. ” It was obvious that much love, thought and effort went into the whole production process.”

Lutz expressed that she hoped that those who came will take the information they’ve been given, and carry it with them beyond the span of the event. She hopes the event helped people understand the injustices the trans community faces.

Smith expressed that she is happy to see diverse representation on campus. “As a member of multiple marginalized groups, I am excited to see those of us who once felt invisible and unimportant at LMC, represented.”

However, though this event has taken place, Lutz feels transgender representation is still relatively minimal on this campus. “I would like for representation to be increased,” said Lutz. “If more events about the LGBT community are sponsored by the college and supported by various clubs, I feel that it not only helps to keep that trans students safe, but allows for cisgender students to grow an understanding with this group,” said Lutz.

She then explained that though people might mourn for those whose lives were taken, we can all do something to lessen the violence and discrimination toward the transgender community.  “It is impossible to mourn without action … pain is one side of a coin, and the other side of that coin is action.”