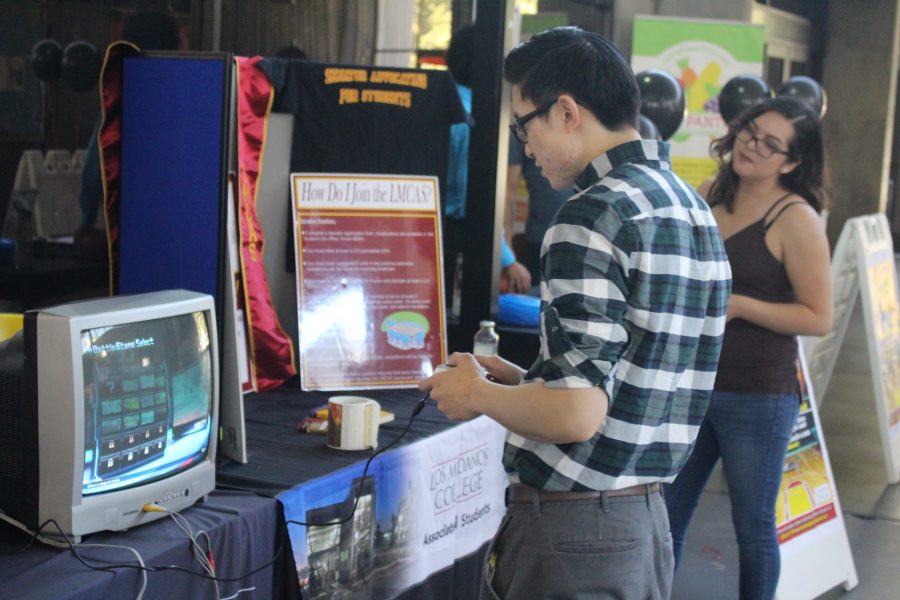 Club day at LMC was busy as ever Wednesday March 29 with the indoor quad crammed full of tables for the plethora of diverse clubs at the college. However, something was different, perhaps due to the new president and the fact that the majority of clubs showing were focused on activism.

Clubs such as the Muslim Student Association and the Society for Advancement of Chicanos/Hispanics and Native Americans in Science, or SACNAS, far outweighed more casual clubs. Similarly the Allies club, an LGBTQ+ support group and Umoja, an organization that promotes literacy and African culture in marginalized areas, had strong presence.

These clubs all represent groups most under siege in the new political paradigm; and each of them was pushing for unity and understanding.

Umoja in particular had several tables and an entire alcove to itself with a troop of members selling food and greeting passersby. Umoja members frequently read stories to children in schools as the club strives to promote unity and literacy. Jamila Stewart, a member of Umoja explained the club’s philanthropic work. “We tell stories to the children, said Stewart, “stories about history, fairy tales.”

SACNAS also had a large presence with a succulent sale reflecting its devotion to environmental issues, as well as a mushroom soup with flavors from a huge number of cultures including Italian, Thai, and Mexican inspired ingredients.

SACNAS members Ricardo Black and Trinidad Aceo represented the club at the event.

“We are raising money for the national SACNAS,” said Black who went on to describe the mission statement for the club as, “Students, minority students, in the sciences,” benefitted by SACNAS as it strives to “develop their scientific interests.”

The Allies club made its stance on health care clear by providing students with free birth control and literature about women’s health in addition to its colorful buttons. The MSA meanwhile is a still-forming club filling a niche for Muslim students that is currently absent from the club scene at LMC.