Esports is leveling up 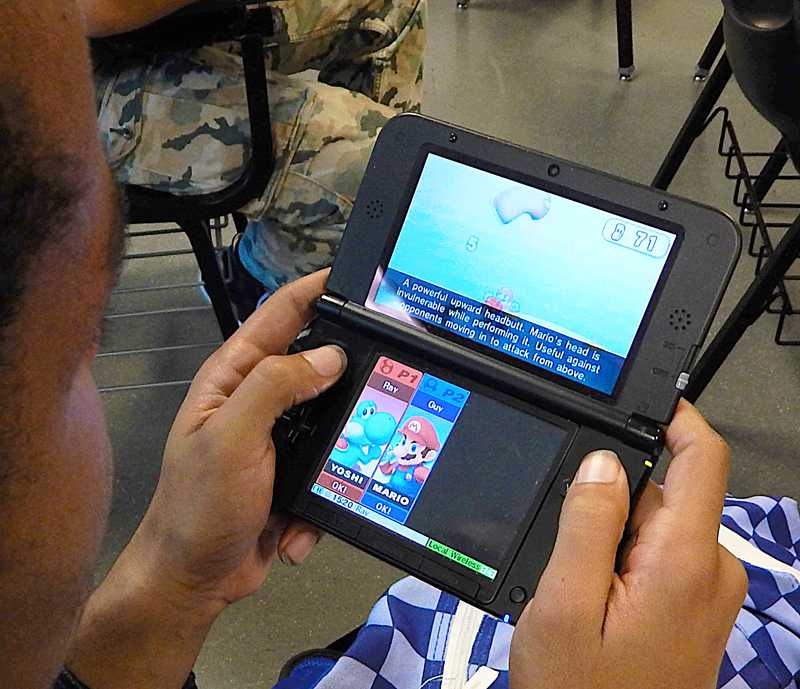 The E-Sports club at Los Medanos College starts off their meetings like any other club on campus. Announcements are made about upcoming events, the agenda for the day is up on the board and club president Allison Bergonia is front and center leading and taking notes. But what happens after the routine check in, students don’t normally get to do at school — they play video games.
If you’ve seen their flyer around campus, you may notice the bright colors and bold text next to graphics of well-known gaming characters such as Pikachu (Pokémon), Tracer (Overwatch) and Kled (League of Legends). The E-Sports club initially began as a League of Legends club in 2013, but expanded its playing repertoire as it grew.
“Last year we branched out to multiple platforms of games and just renamed ourselves ‘E-Sports’ and people really started to come,” said Bergonia.
With roughly seven to ten members on a normal day, the club is a safe space for gamers who want to make connections with others in the community.
“Being a gamer, sometimes you’re the outcast and don’t have a lot of people to play with. You’re the nerdy kid and no one really likes to hang out with the nerdy kid,” she said. “So we as a group just want to form a community to be ourselves.”
As one of the fastest growing sports in North America, gaming is a competitive field. The club members have connected with other schools in the Bay Area such as UC Berkeley, UC Davis, Ohlone Community College, Academy of the Arts and San Francisco State University to play with and against at competitions.
The last event the club attended was Bay Battle Expo in March. Various clubs from Bay Area schools entered and competed against each other in games such as Super Smash Bros., League of Legends and Overwatch — some of the most popular games to play as a team. The club did fairly well and placed in the top ten in the competition for Super Smash Bros.
Since joining the club, member and last semester’s competitive team organizer Lorenzo Fernandezees, has credited it with helping gain a reputation in the gaming community, “I got some rep. I got to go to Berkeley for the first time with this club. At the Nor Cal Gaming Summit I met a lot of people and gained connections.”
Fernandezees participated in the one v. one League of Legends tournament at Bay Battle Expo and came in second place.
Having made a name for themselves as an established and active club, E-Sports gets support from big names in the gaming community on how to run their club efficiently.
“We get help from Riot Games, who is one of the creators of one of the biggest games in the world, League of Legends, and we get help from Blizzard games, who are the people who created World of Warcraft and Overwatch. We do have big names backing us up and we are a part of their collegiate organizations so we get to have the chance to actually be a part of what they’re doing,” said Bergonia.
The companies act as a mentor to the club, giving advice on how to approach being a gaming community, putting on tournaments and they provide prizes for tournament winners if need be.
The club is going strong but occasionally runs into natural problems that occur with the field. “With gaming, you need a strong Wi-Fi connection, you need consoles and you need the hardware. It’s sometimes hard for us all to get together and game or try to get everybody to play together,” Bergonia said.
But it doesn’t affect the way members feel about being there. Fernandezees has been attending for a couple semesters now and still enjoys the atmosphere, “It’s a lot of fun to come here and hang out. I always bring my setup, whether it’s my PC or PlayStation. I like to create community and have a good time.”
E-Sports meets every week on Tuesday and Wednesdays from 3 p.m. to 5 p.m. in SC-131. Bergonia opened up the club to other gaming students, “Anyone who just likes to have fun can join. You don’t have to be competitive. You just have to enjoy playing video games.”