From industry to education 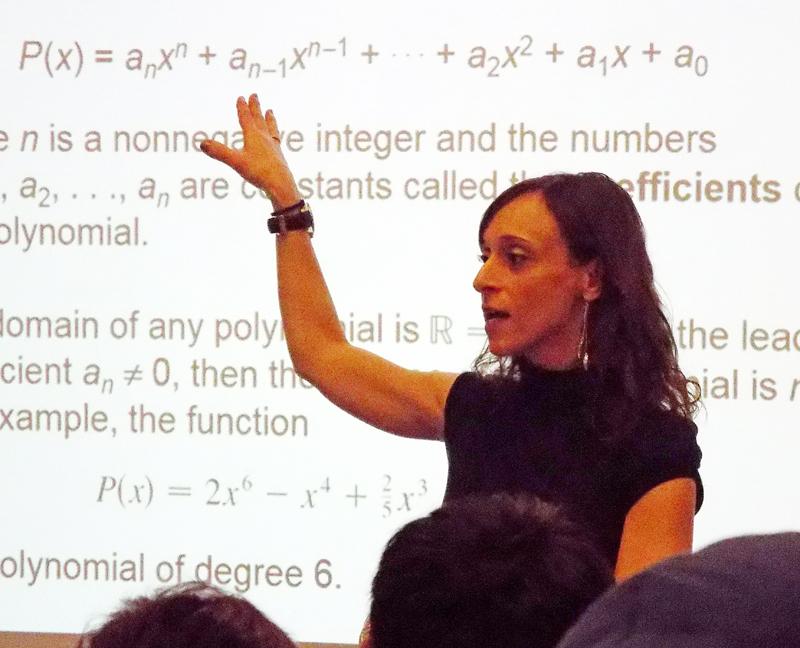 Statistics instructor Maria Perrone has come a long way from her roots in Italy. Perrone was initially hired by Los Medanos College in the spring of 2014, coming from Bakersfield College where she was a full-time faculty member.

Long before her trek to the United States, Perrone was an assistant professor at her alma matter, the Sacred Heart University of Brescia, which she said was a different experience compared to the atmosphere here at LMC.

“There are no community colleges in Italy. Universities are mostly big institutions and they do not offer all the student services that students receive in the U.S.,” said Perrone.

In Italy, she explained, students are expected to be more independent in their learning and professors often do not have a chance to develop a close rapport with them, something Perrone sees as a major contrast between the college systems of the America and Italy.

“No remediation courses are offered. The lowest level math class offered at the university level is the equivalent of calculus one,” said Perrone.

She describes the college atmosphere in Italy as being too serious, noting students in the U.S. appear to have more camaraderie with one another.

“It seems like being a college student in the U.S. is much more fun because of the sports events and clubs,” said Perrone.

Before taking her first full-time teaching position, Perrone was employed as a JavaScript programmer, which involved writing software code for websites and computer applications. Despite her proficiency with the programming language she found the job tedious.

“Programming was my first full time job, but I wasn’t into that much since I could not stand being behind a computer for eight hours a day,” she said.

Perrone also had a short tenure-teaching math and science at a middle school in Italy, which she reflected on as a brief experience that lasted only a few months.

“I enjoyed it very much, although teaching children involves different challenges than teaching adults,” said Perrone.

After arriving in the U.S, Perrone was initially taken aback by the scale of the country, especially its food supply.

“I will never forget my very first trip to Costco,” said Perrone. “I remember looking at those huge potato chips bags and exclaiming ‘Oh my, I could fit in those bags!’”

According to Perrone, there is a popular saying in Italy: “In America e’ tutto piu’ grande – everything is bigger in America’ they say, and it’s true!”

Despite the many differences between the two cultures on an educational and societal level, Perrone feels right at home in the classroom here on campus.

“I like that I can focus on teaching and devote my full energy to helping students reach their academic goals. It is a very gratifying experience for me.”