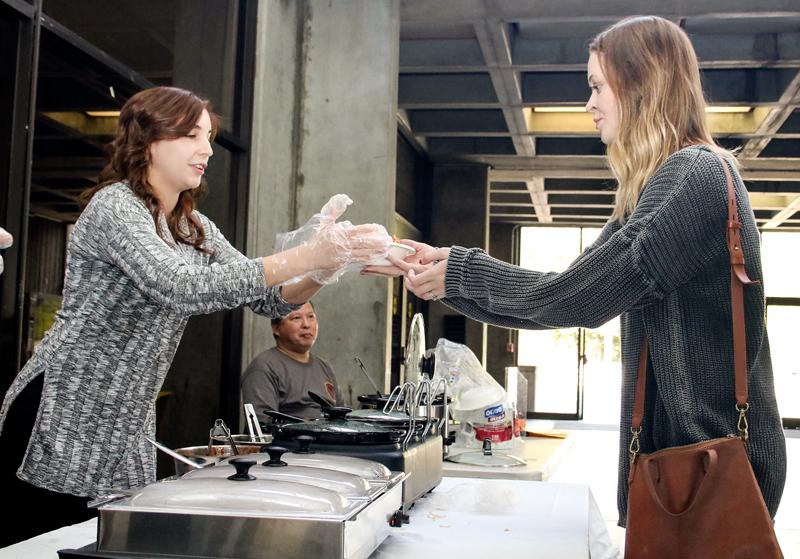 The Los Medanos College debate team hosted a pasta-feed fundraiser in the Indoor Quad Weds, Nov. 18. Students, staff and faculty members were able to purchase pasta, with their choices of sauce being red or white and their protein chicken or meatballs.

Debate Team Vice President Grace Babyan explained that, although originally a plan by two of his teammates, the even’s execution was a group collaborative.

“It was Richard Stanfield’s idea and Taylor Gonzalez, they were kind of the master minds behind it, also during our club meeting we also had input for other club members and team members give us ideas for what we can do to orchestrate it,” said Babyan. “It definitely was a team effort.”

Stanfield said the proposal was originally his and that it came to him a while back. He had noticed that other clubs mostly sold pizza or did a basic bake sale, and he just wanted to do something different from everyone else.

“I thought it’d be really easy to do like a pasta, where you can choose your sauce, choose your protein,” said Stanfield. “So, I just threw it out there and the club went ‘Brilliant! Let’s do it.’”

With the proceeds that were raised from the pasta feed the LMC debaters are in a better position to attend more competitions in the future.

“We use the money to fund our travel to different debates, where we represent LMC on a national level,” said Stanfield.

“We are doing the pasta feed as a fundraiser for our club, to help us raise money for tournaments like the intramural that’s coming up,” he said.

Along with being something kind of different form your typical food for a fundraiser, Stanfield also noted another interesting bonus to doing the pasta feed.

“It’s unintentionally a nod to Pittsburg’s and how it has a strong Italian community and heritage,” said Stanfield. “So, while it may not be the type of pasta that your nana would cook, at least we are trying to do something.”

The decision to do a pasta feed has even garnered praise for the Debate Team President Taylor Gonzalez.

“It is an awesome idea and we are very excited to do this,” said Gonzalez. “We have gotten a lot of support from the staff here and we are, like, really thankful for that.”

For more information on the LMC debate team go to http://www.losmedanos.edu/speech/debate/.